After a meeting with five regional parties, Sudhir Sawant said AAP would campaign in the state on the "Delhi development model". 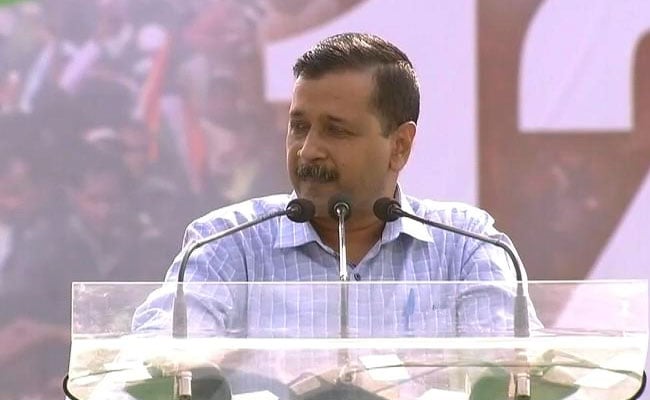 Arvind Kejriwal will be campaigning in Maharashtra.

The party's formula on seat-sharing would be finalised by February 15, he added.

"We will fight all seats in Mumbai and on a few seats in the rest of Maharashtra after forging alliance with like-minded parties. We are working on a seat sharing formula and it will be finalised by February 15," Mr Sawant told PTI.

After a meeting with five regional parties, Mr Sawant said AAP would campaign in the state on the "Delhi development model".

He said the party's government in Delhi had focused in a major way on the education and health sectors.

The party had earlier announced that it would contest Lok Sabha polls in Delhi, Punjab, Haryana and Goa only.

"We are not desperate to fight the election, but will definitely fight in those seats where we can play a role in defeating BJP candidates. Our main objective is to stop BJP from winning," he further said.

Mr Sawant informed that Independent MLA from Achalpur, Bacchu Kadu, would be entering into an alliance with the AAP.

He said Delhi chief minister Arvind Kejriwal would campaign in Maharashtra. Mr Sawant added that his own candidature would be decided by the AAP leadership.

The party had drawn a blank in the 2014 Lok Sabha polls in the state.

The Congress and Nationalist Congress Party, which are in talks for 48 Lok Sabha seats in Maharashtra, had not offered SP a single seat.