The police had sought six days' remand for custodial interrogation, claiming both the accused did not cooperate during interrogation and were hiding facts. 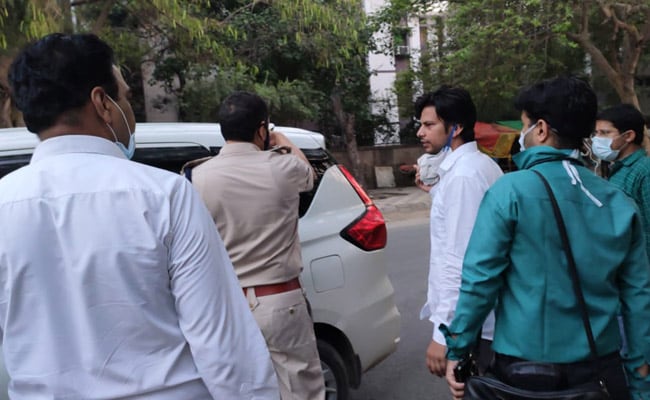 A Delhi court on Thursday extended the police custody of AAP MLA Prakash Jarwal, arrested in connection with a case of alleged suicide of a doctor in south Delhi last month, till May 18.

In his suicide note, the Delhi doctor had held Prakash Jarwal responsible for taking the extreme step. The police had registered a case of extortion and abetment to suicide on the complaint by the doctor's son.

The doctor had a water tank business like Prakash Jarwal and it is alleged that the MLA and his associates were extorting money from other water tank owners.

Metropolitan Magistrate Harshita Mishra allowed the police plea for custodial interrogation of Prakash Jarwal and co-accused Kapil Nagar, saying despite grant of 4-day police custody initially, a lot of investigative work remains to be done and several material facts still need to be ferreted out.

"Recovery of mobile phone of accused Prakash, which is a very vital lead, is still to be effected and even the money trail is to be fully established. This court cannot be oblivious to and unmindful of the act that investigation is at the nascent stage and denying further police remand as sought, would tantamount to putting roadblocks in the way of effective and expeditious investigation, which still has considerable way to go," the court said in its order.

The court, however, added that it cannot adopt an entirely accused centric approach and said, "Prayer of the police is partly allowed and accused persons are ordered to be sent to police custody till May 18."

The police had sought six days' remand for custodial interrogation, claiming both the accused did not cooperate during interrogation and were hiding facts.

"During investigation it has been found that the accused, with the help of other associates, were extorting money from the water tanker owners," the police had said in the plea, adding that this led the doctor to allegedly commit suicide. The money was then invested through the MLA's brother Anil Jarwal to buy properties in Delhi, Gurugram and Jaipur, police claimed.

The MLA and his brother have several bank accounts in different banks and the money trail needs to be verified with the bank account details, police said.

The police alleged it was found that Prakash Jarwal is also the admin of a WhatsApp group in the name of tanker owners and Kapil Nagar is a member. The chat details revealed the direct involvement of both the accused into the tanker mafia running in the area of Sangam Vihar and Tigri, police claimed.

MLA's advocate Mohd Irshad opposed police plea saying the politician has been falsely implicated and was willing to cooperate in the investigation.