The AAP leader said it is a "big incident" which has come to the fore and they would apprise the Election Commission about it. 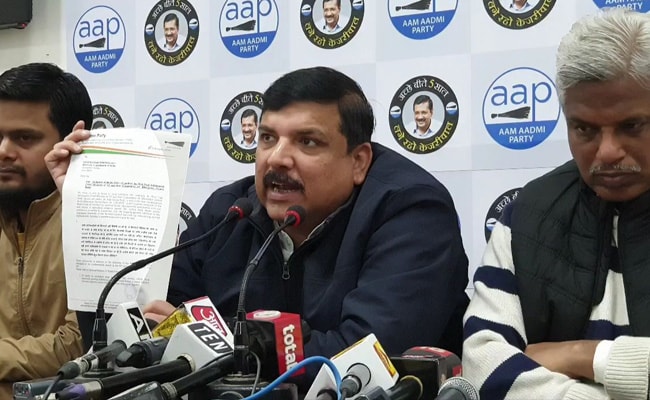 The Aam Aadmi Party (AAP) on Saturday claimed that it received information that officials were trying to take away electronic voting machines (EVMs) in an "unauthorised manner".

"Manish Sisodia, Gopal Rai, Prashant Kishor and I had a meeting with Chief Minister Arvind Kejriwal. Information has been received that officials are trying to take away EVMs at several places in an unauthorised manner. The EVMs which should have been sealed and have gone straight to strongrooms. How are these machines with the officials?," AAP Rajya Sabha MP Sanjay Singh said while speaking to ANI.

Showing a video on his cell phone of poll officers alighting from a DTC bus with EVMs in their hands, Mr Singh said: "This is from Babarpur, Shanti Vidya Niketan. Here people have caught an official with EVMs. Similar information has come from Vishwas Nagar in Shahdara (east Delhi)."

The AAP leader said it is a "big incident" which has come to the fore and they would apprise the Election Commission about it.

"Arrangements should be made so that our workers and MLAs could be outside strongroom so as to see that it is not tampered with," he said.