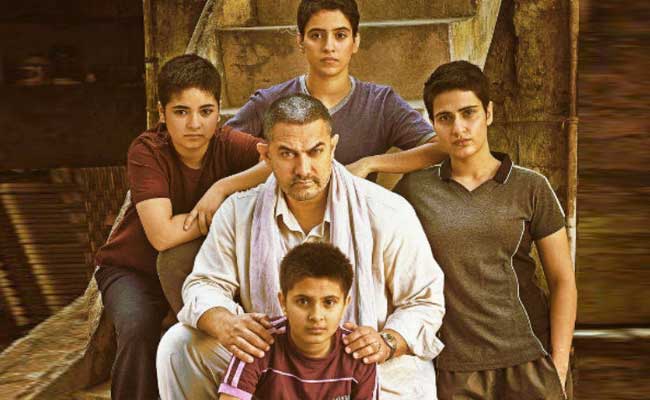 Dangal, based on Mahavir Phogat and his daughters Gita and Babita Phogats life, made tax free in Haryana.

Chandigarh: Filmstar Aamir Khan's latest movie Dangal has been made tax free in Haryana. The film traces the journey of wrestling champion sisters Geeta and Babita Phogat trained by their father Mahavir Singh Phogat hailing from Balali, a small town in Haryana.

Announcing the decision at a public meeting in Bahadurgarh, the state's Chief Minister Manohar Lal Khattar announced said, "The film promotes wrestling and 'Beti Bachao, Beti Padhao', so we have decided to make it tax free."

Dangal, released this Friday, tells how national wrestling champion Mahavir Singh Phogat trained his daughters Geeta and Babita Phogat, to become international champions against all odds. Mr Phogat, a Dronacharya awardee, had to struggle against social taboos, to train his daughters Geeta and Babita as wrestlers. Geeta fulfilled her father's dream in the 2010 Commonwealth Games in Delhi. Babita won a silver at the same event and later a Gold at Glasgow. Both went on to represent India at the Olympics.

Apart from co-producing the film, Aamir Khan has portrayed Mahavir Singh Phogat's character in the film which has received very good response at the box office. The characters of Geeta and Babita Phogat were essayed by Fatima Sana Sheikh and Sanya Malhotra, respectively. The film has already made over 64 crore rupees in just two days.

Promoted
Listen to the latest songs, only on JioSaavn.com
Indian National Lok Dal lawmaker from Hisar Dushyant Chautala had tweeted yesterday demanding the film be made tax free. "If the Haryana Government can make MSG tax free, then Dangal should also be made tax free," he had said.