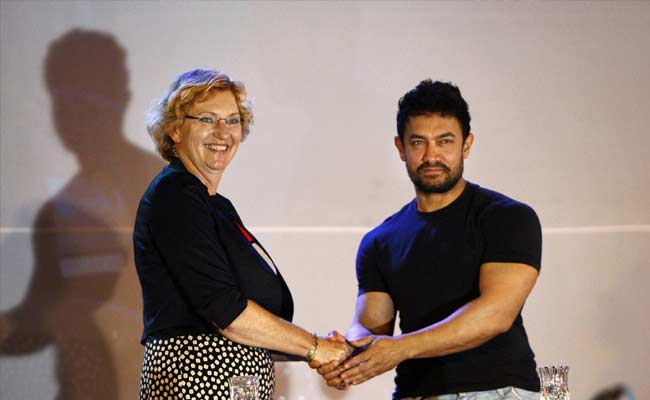 The Regional Director of UNICEF South Asia, Karin Hulshof, announced the 49-year-old actor as the Goodwill Ambassador during a programme in the Capital today.

Aamir visited a health post at Pakadi Village in Kapilvastu district yesterday for promoting nutrition for children where he interacted with local health workers and volunteers.

"Not only women, every member of the family should get united in their efforts to fight malnutrition. We can't be free from the problems of malnutrition if we are not united," the actor said.

Promoted
Listen to the latest songs, only on JioSaavn.com
The 'Dhoom 3' star also met Prime Minister Sushil Koirala at his residence at Baluwatar and discussed about malnutrition, which is spread all over the world.

The actor also expressed his desire to visit Nepal in the near future with his family. His three-day trip to Nepal ended today.