The CBI had alleged that there was a loss of Rs 30,984 crore to the exchequer in allocation of licences for 2G spectrum which were scrapped by SC. 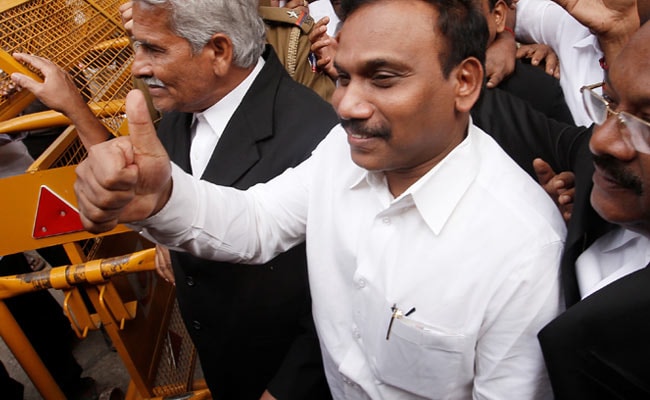 On December 21, former telecom minister A Raja and DMK MP Kanimozhi were acquitted in the 2G case

New Delhi: The Delhi High Court on Wednesday issued a notice to former telecom minister A Raja, DMK MP Kanimozhi and others on a plea challenging their acquittal in the 2G scam.

Enforcement Directorate (ED) and CBI have challenged their acquittal by the special court in the 2G spectrum allocation scam case. The court said status quo would be maintained with regard to properties attached by the ED in the Prevention of Money Laundering Act (PMLA) case.

The special court on December 21 last year acquitted A Raja, Kanimozhi and others in the cases registered by the CBI and the ED.

The ED, in its chargesheet, had alleged that Rs 200 crore was paid by Swan Telecom (P) Ltd. (STPL) promoters to the DMK-run Kalaignar TV.

The CBI had alleged that there was a loss of Rs 30,984 crore to the exchequer in allocation of licences for 2G spectrum which were scrapped by the Supreme Court on February 2, 2012.

(with inputs from PTI)
Comments
A RajaKanimozhi