He was a Jat, but reservation politics was far from his mind.

He was a graduate of Jawaharlal Nehru University but the debate around 'azadi' speeches and sedition didn't really bother him.

He was just 23. His job was to eliminate terrorists. He worked in the Army. He served India.

In his last Facebook post, he said, "Kisiko reservation chahiye to kisiki ko azadi bhai. Humein kutch nahin chahiye bhai. bas apni razai." (Some want reservation and some want independence. I do not want anything, except my blanket.) 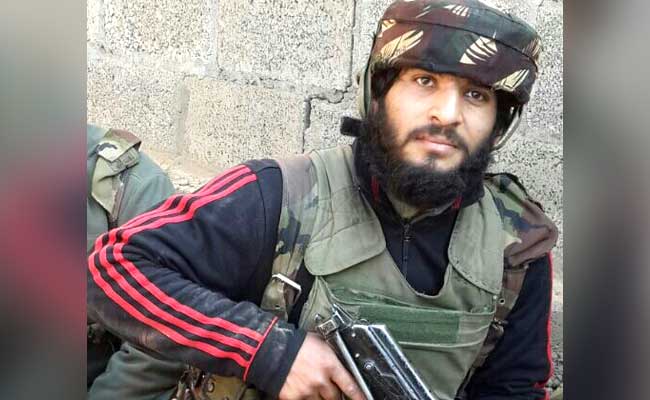 Captain Pawan Kumar was leading the operation in Pampore from the front. (File Photo)

Far removed from angry political debates, Captain Pawan Kumar didn't need to wear his patriotism as a badge of honour.

He was a soldier who did his job.

Killed fighting terrorists in Pampore in Jammu and Kashmir, the 10 Para Special Forces officer was leading his men from the front in a complicated operation. At least three terrorists had entered a seven-storey government building. According to Lt General Satish Dua, the General Officer Commanding of the Army's Srinagar based 15 Corps, "Captain Pawan Kumar of 10 Paras attained martyrdom leading his men from the front in a tricky deliberate operation at EDI government building with the possibility of some more civilians trapped not ruled out. Safety of civilians paramount who made the supreme sacrifice while fighting valiantly with the militants in the encounter." Several images on his public Facebook profile show us a little of what Pawan was really about. A typical young Indian Army officer, he liked Bullet motorcycles and jeeps, pictures of other commandos, the occasional film star. He liked guns and cool logos.

His Facebook profile could have belonged to anyone. In fact it belonged to a man almost destined to be in the Army. Pawan was born on Army day on January 15, 1993. His father Rajbir Singh's message was simple - "I had only one child and I gave him to the Army, to the nation. No father can be prouder."