"Looking at the prevailing health infrastructure situation in the country, we did not admit her to a hospital," her grandson said. 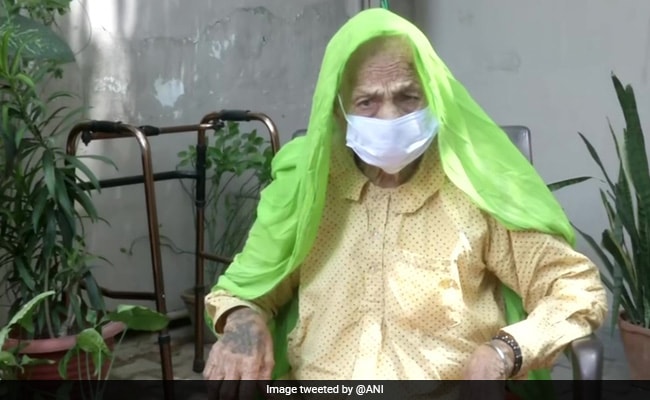 A 99-year-old woman from Gurugram has recovered from Covid while being in home quarantine.

Speaking to news agency ANI, Laddo Devi's grandson Daksh said, "She is 99 according to the documents. But she says that she has seen the 1918 Spanish flu. So, I believe her age must be more than what the document says. She was quarantined at home after testing positive for the virus."

"Looking at the prevailing health infrastructure situation in the country, we did not admit her to a hospital. Instead, we gave her the treatment at home itself with the help of Asha workers and "Ayushman Bharat" officials," Daksh said.

He further said that her oxygen level once dipped to 82 but they got her treated in a natural way.

"We have already planted a variety of plants like the snake plant, money plant, etc., for the natural supply of oxygen. We kept her in the fresh open air," he explained.

Daksh also said that the doctor recommended a pump for breathing exercise which helped her a lot.

"At times, she refused to eat and drink water but we kept feeding her every half-hour. I tested negative only some time back and knew that I would not contract it again. With all the precautions, I looked after her throughout her quarantine period," he added.