96 Dengue Cases In Delhi From January To Mid-May, No Deaths: Civic Body

Till April 30, this year, 81 dengue cases had been recorded in the city, the South Delhi Municipal Corporation (SDMC) said in its weekly report. 96 cases of dengue have been reported till May 14. 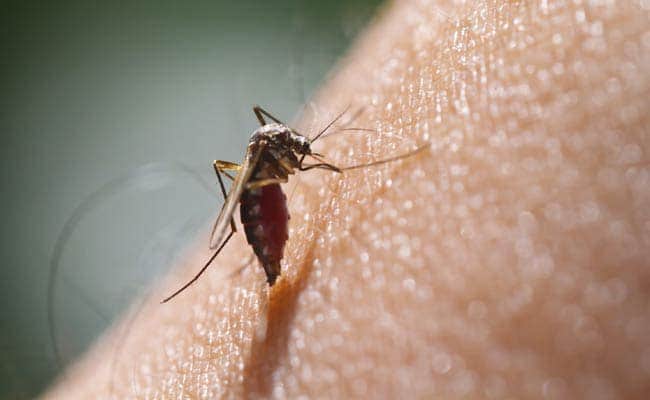 In 2015, Delhi had witnessed its worst dengue outbreak since 1996. (Representational)

Nearly 100 dengue cases have been reported in the national capital till date, according to a civic report released on Tuesday. No death has been reported due to the vector-borne disease so far, it said.

Till April 30, this year, 81 dengue cases had been recorded in the city, the South Delhi Municipal Corporation (SDMC) said in its weekly report. 96 cases of dengue have been reported till May 14.

The SDMC is the nodal agency for the control of vector-borne diseases in the city.

Civic officials said this year, dengue cases are being recorded early due to the congenial weather for mosquito-breeding.

In 2015, the city had witnessed a massive outbreak of dengue with the number of cases crossing 10,600 in October alone. It was Delhi's worst dengue outbreak since 1996.

Delhi also reported 16 cases of malaria and eight of chikungunya so far this year, the report said.

Breeding of mosquito larvae has been found at over 160 construction sites and 25 premises of government agencies in south Delhi, including a Delhi Jal Board pumping station and a Delhi Transport Corporation depot, SDMC had said on Monday.

It took penal action against the owners or caretakers of these premises.

The civic body conducted a special campaign from May 2-6 under supervision of regional entomologists to trace the breeding of aedes mosquito. During the campaign, employees of the malaria department took measures to prevent mosquito breeding at places where larvae were found, and initiated legal action against defaulters, it said in a statement.