900 Roads In Himachal Pradesh Blocked Due To Snow, Keylong Shivers At Minus 17.6 Degrees Celcius

The Met department has forecast rain and snowfall in the middle and the high hills from January 11 to 15. 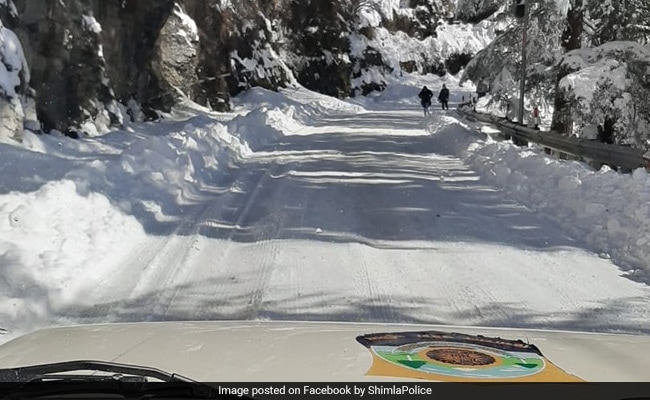 Roads leading to Kufri and Mashobra remain covered in snow

Most parts of Himachal Pradesh, including the state's capital Shimla, woke up to a sunny morning on Friday but many places in the state continued to shiver at sub-zero temperatures, the Meteorological Department said.

Over 900 roads in the state remained covered in snow and were blocked, a state disaster management authority (SDMA) official said.

Shimla Police on Thursday evening put out a Facebook post alerting tourists not to travel towards Kufri and Mashobra as the roads remained covered in snow.

The minimum temperature in Dalhousie of Chamba district was 0.2 degrees Celsius.

The Met department has forecast rain and snowfall in the middle and the high hills from January 11 to 15.