90 Surgeries Postponed At AIIMS As 5,000 Nurses Go On Strike 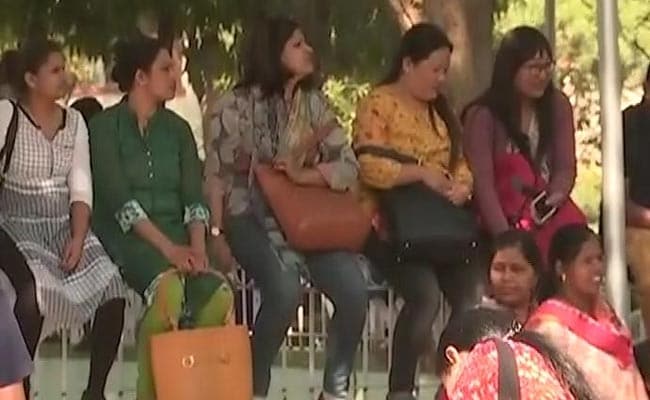 New Delhi: Nearly 90 surgeries had to be postponed at AIIMS today after around 5,000 nurses went on strike. The move severely affected patients as the emergency unit remained shut.

Several patients were forced to visit other hospitals in wake of the nurses' strike, even as the AIIMS authorities likened the protest to "blackmailing and arm-twisting" of administration at the cost of poor patients.

The nurses' union at AIIMS has been demanding higher pay than what has been recommended by the 7th Central Pay Commission. They have also threatened to go on an indefinite strike from March 27 if their demands for revision of pay scales and a hike in allowances are not met. AIIMS officials said they have forwarded their demands to the Health Ministry.

A majority of the patients who came to the trauma centre today were forced to go to the nearby Safdarjung Hospital and others hospitals.

The security guards deployed at the gates turned away patients from the emergency department, which treats around 2,000 patients every day. Those who managed to get inside had to spend hours waiting for doctors to see them.

Patna resident Raani Bai, 70, who suffers from kidney disease said she had to wait for almost three hours before being forced to go to Safdarjung Hospital.

"We waited thinking the services would resume but then we were forced to go take our mother to Safdarjung as her condition was worsening," said Bai's son.

Promoted
Listen to the latest songs, only on JioSaavn.com
Several other patients who came from across the country were at the receiving end as they were unaware of the strike call.

"The AIIMS administration has already revised the pay scales for the nurses as per the recommendations of the 7th Pay Commission. Their demand for the change of nomenclature from staff nurse to nursing officer and study leave have also been accepted," AIIMS acting Director Dr Balram Airan said.