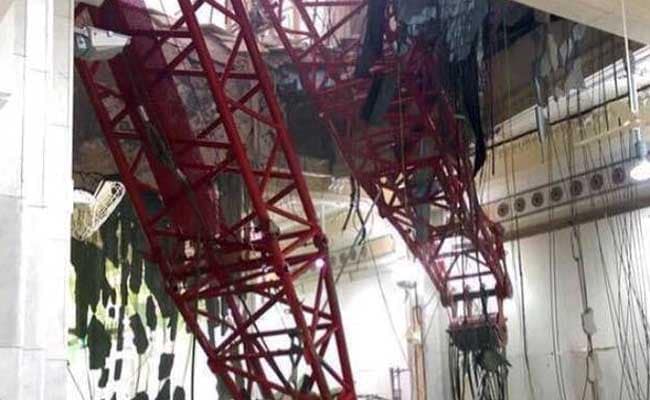 At least 107 people have died in the accident.

New Delhi: The ministry of external affairs today said that two Indians were among the 107 killed in the crane accident at the Grand Mosque in Saudi Arabia.

"Our officials from the Indian Consulate in Jeddah have been on the ground and monitoring the situation through the night. Regrettably we have been informed that two Indians have been killed in the unfortunate accident," officials of the ministry said on their website.

The statement also added that 15 Indians have been injured and were being treated in various hospitals.

"These include 11 from the Haj Committee of India and four from private tour operators," officials said.

At least 107 people were killed and 238 injured after a crane collapsed on to the Grand Mosque in Saudi Arabia's holy city of Makkah, the media reported.