Chief Minister Yogi Adityanath also sent a team of three ministers to Uttarakhand for better coordination with the state for relief works, an official spokesperson said. 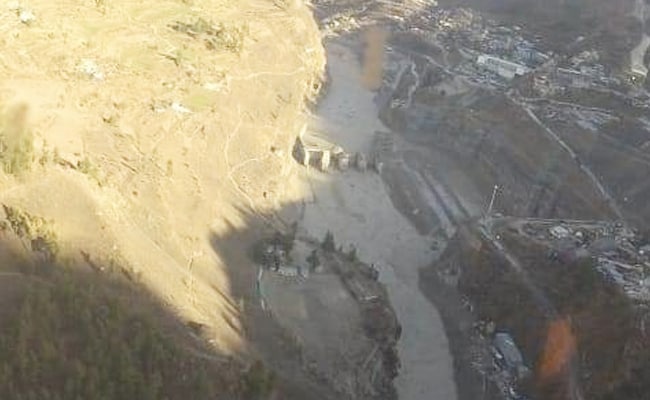 Thirty-one bodies have been recovered so far and around 175 people are missing. (file)

At least 70 people from Uttar Pradesh are feared missing in the glacier burst at Joshimath in Uttarakhand's Chamoli district that triggered an avalanche and a deluge in the Alaknanda river system that washed away hydroelectric stations on Sunday, officials said.

Of the 70 people, 34 are from Lakhimpur Kheri district alone.

"As of now, 70 people from Uttar Pradesh are feared missing, including 34 from Lakhimpur Kheri, nine from Saharanpur and five from Shravasti," Relief Commissioner of Uttar Pradesh Sanjay Goyal told PTI on Tuesday.

Earlier in the day, Chief Minister Yogi Adityanath sent a team of three ministers to Uttarakhand for better coordination with the state in carrying out relief works after the disaster, an official spokesperson said here.

A portion of the Nanda Devi glacier possibly burst through its banks in Uttarakhand's Chamoli district on Sunday, leading to an avalanche and a deluge that ripped through the Alaknanda river system in the upper reaches of the ecologically fragile Himalayas.

Thirty-one bodies have been recovered so far and around 175 people are missing.

"The Chief Minister has formed a committee of three ministers and sent them to Uttarakhand for better coordination with the state. The ministers are Suresh Kumar Rana, Vijay Kashyap and Dharam Singh Saini," the spokesperson said.

Yogi Adityanath has also constituted a team of officers led by Additional Chief Secretary, Home, Awanish Kumar Awasthi to ensure coordination in carrying out relief works, he said, adding that a control room has been established at the Relief Commissioner's office.

Control rooms have also been set up in districts affected by the tragedy and administration, police and irrigation department employees are deputed there.

"We will meet Uttarakhand Chief Minister Trivendra Singh Rawat and work will be done in coordination to cremate those who lost their lives in the tragedy," Rana said.