Uttarakhand Glacier: The tunnel, where 35 people are feared trapped, is being cleared by the State Disaster Response Force and ITBP.

Chamoli Glacier: An IAF Mi-17 is carryig NDRF personnel from Dehradun for Joshimath.

A third day of massive search and rescue operation was underway today in Uttarakhand, parts of which were on Sunday hit by massive flooding following a glacier burst, killing 31 people. Disaster response teams, along with the armed forces, police, and paramilitary, continued to look for survivors among the nearly 175 missing.

"All concerned agencies of the Centre and the state are monitoring the situation," Mr Shah said shortly before the House observed silence to mourn the victims of the glacier break.

#WATCH I Uttarakhand: A joint team of ITBP, Army, NDRF and SDRF enters into the Tapovan tunnel to check the water level inside the tunnel ahead of the point till where the debris has been cleared.

A tunnel in Chamoli's Tapovan locality, where 35 people are feared trapped, is a focus area, state police chief Ashok Kumar told ANI today. The operation is being carried out by the State Disaster Response Force (SDRF) and Indo-Tibetan Border Patrol (ITBP) personnel along with others.

"We're trying to drill and make way via rope to reach them," Chief Minister Rawat has said, according to ANI.

#WATCH: Rescue operations underway at the tunnel in Chamoli, Uttarakhand where around 35 people are feared to be trapped. The ITBP was helping out in Chamoli's Lata, Malaria, Jugaju, and Juwagwar villages, too. Nearly 100 ration kits have been supplied to the affected villages by helicopters to ensure they face no dearth of essentials, according to a PTI report. Thirteen border villages of the Joshimath block were cut off following the avalanche on Sunday. 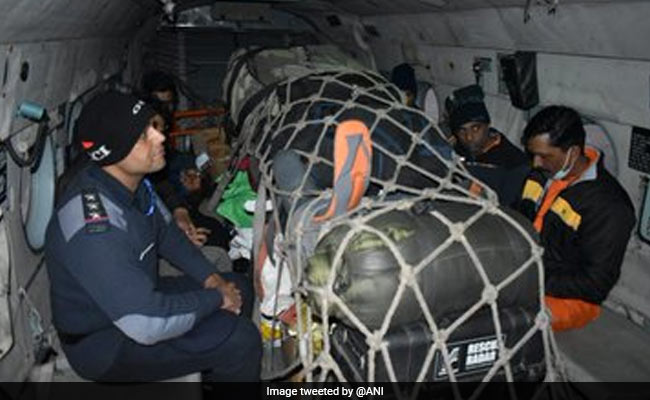 The India Air Force (IAF), meanwhile, said it had commenced operations for the day with an Mi-17 airborne from Dehradun for Joshimath with NDRF personnel on board. An Advanced Light Helicopter was carrying scientists from the DRDO's Defence Geo Informatics Research Establishment to recce the Tapovan area and the glacier, the IAF said, according to ANI. 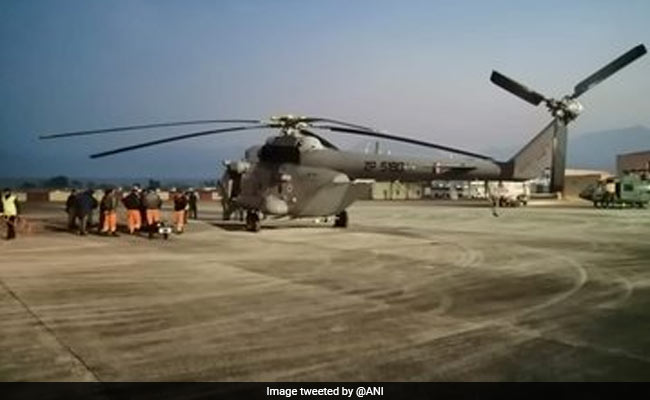 The Himalayan glacier's partial collapse swept away a hydroelectric dam down the Rishiganga valley on Sunday, sparking massive flash floods that forced the evacuation of villages downstream.

Chief Minister Rawat had announced Rs 4 lakh as compensation for those who lost their lives.