They said the possible termination of some road projects being built by Indian and Spanish joint ventures may have triggered local employees to panic. 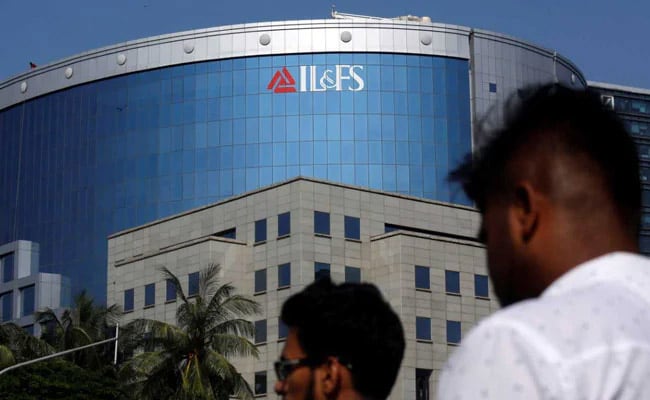 The foreign ministry is investigating claims by expatriates in Ethiopia who say they are being held hostage by local staff that haven't been paid after the shadow lender Infrastructure Leasing and Financial Services Ltd. began defaulting on $12.6 billion in debt.

Seven Indian workers from infrastructure financing firm IL&FS, which rocked financial markets after it began missing debt payments in late August, have been detained since Nov. 25 at three sites in Ethiopia's Oromia and Amhara states by unpaid local staff, according to an emailed letter from the employees.

They said the possible termination of some road projects being built by Indian and Spanish joint ventures may have triggered local employees to panic. The employees said police and officials are taking the side of locals against the expatriate staff and that they were caught in the "middle of corporate disagreements, blame games and bureaucratic issues."

An official at the Indian embassy in the capital Addis Ababa said it was "closely following up with local Ethiopian authorities and IL&FS management to resolve the issue," while a separate official in the foreign ministry in New Delhi confirmed they were looking into the matter. A spokesman for IL&FS declined to comment.

"Concerns of project termination and absence of senior management from project camps might have triggered panic in local employees and led them to believe confining expat employees might force the organization to pay their salaries," the employees wrote in a letter addressed to the Indian and Spanish ambassadors, as well as a number of Ethiopian ministries and the local World Bank representative.

According to the letter, management cited restrictions imposed by the Reserve Bank of India for its inability to send funds. IL&FS had defaulted on paying both taxes and local employee pensions for nine months, the letter said. Ethiopian Revenue Ministry spokesman Addis Yirga and Attorney General Office spokesman Zinabu Tunu said by phone they couldn't comment on the employees' concerns expressed in the letter.

"We tried to reason with local employees and tried to assure that salaries will be paid in due course and restricting expat colleagues will not result in what they are trying to achieve." the employees said in the letter.

The apparent detention of IL&FS employees in Ethiopia, who were reported to be working on road construction projects for joint ventures between IL&FS Transportation Networks Ltd. and Spanish firms Elsamex S.A. and Ecoasfalt S.A., illustrates the sprawling nature and global reach of the beleaguered infrastructure lender. The firm hasn't stopped missing debt payments even after the Indian government fired the lender's board and tapped well-known Indian banker Uday Kotak to help lead the firm's recovery as the company reeled under $12.6 billion of debt.

Representatives of Elsamex S.A. and Ecoasfalt S.A. in Spain were not immediately able to comment when contacted on their office numbers on Thursday.

Several men identifying themselves as IL&FS employees in Ethiopia, who didn't respond to requests for comment, have been tweeting Indian politicians asking for help.

"We 7 employee from #ILFS are hostages by local labor/staff at in Ethiopia from last 4 days coz of nonpayment of creditors and local salaries," Neeraj Raghuwanshi said in a tweet on Nov. 27, in which he tagged Prime Minister Narendra Modi. "#ILFS denied to send fund from India. Kindly save us. Day2day situation worsening."

Mr Raghuwanshi posted a screen grab of an email he wrote pleading for help, mentioning IL&FS's local partner, the Ethiopian Roads Authority. He said the Authority would not take any action to help the detained employees before local staff were paid.