68-Member Himachal Assembly Will Have Just One Woman MLA

The BJP, the Aam Aadmi Party and the Congress had fielded six, five and three women candidates, but only Reena Kashyap of BJP won the election. 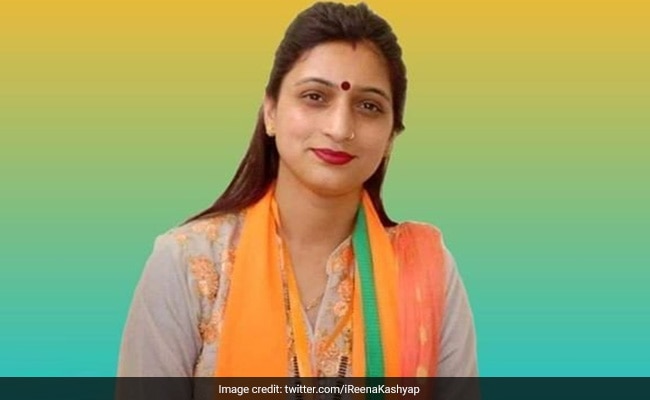 BJP's Reena Kashyap, who had won Pachhad in 2021, managed to retain her seat.

The new 68-member Himachal Pradesh Assembly will have just one woman MLA.  In the November 12 assembly polls, the performance of women candidates was dismal and only one out of 24 in the fray was elected.

The BJP, the Aam Aadmi Party (AAP) and the Congress had fielded six, five and three women candidates, but only Reena Kashyap of BJP won the election.

Kashyap, who had won Pachhad (SC) assembly bypoll in 2021, managed to retain her seat.

In 2017, four women candidates had managed to win the assembly elections.

The women constitute about 49 per cent of the total voters in the state.

Women voters outnumbered men in three constituencies of Jaisinghpur (SC) in Kangra, Bhoranj (SC) in Hamirpur and Jubbal-Kotkhai in Shimla district and in 19 out of 68 constituencies the difference between male and female voters is less than 1000 and the percentage of female turnout was more as compared to men in 42 constituencies.

In order to woo the women voters, the BJP had made 11 promises for women under “Stree Shakti Sankalp” and announced 33 per cent reservation to women in government jobs and educational institutions, corpus fund of Rs 500 crore to give interest free loans to women entrepreneurs, and bicycles and scooters to school and college going girls, while the Congress unveiled "Har Ghar Lakshmi, Nari Samman Nidhi” promising Rs 1,500 per month to adult women.

However, in spite of tall claims of women empowerment and sops offered to them, there is perceptible gender bias among major political parties and only 43 women were elected to state assembly in fifteen elections since 1967.

As many as 206 women entered the fray in these polls compared to 4,347 men and no woman was elected in 1967 while only one woman candidate won in 1977. The women candidates made their debut in 1972 and four women, Chandresh Kumari, Sarla Sharma, Lata Thakur and Padma were elected and tally rose to five after Vidya Stokes was elected in by-election from Theog after the death of her husband.   Shyama Sharma of Janta Party was the sole winner in 1977 polls while three women -- Shyama Sharma, Chandresh and Vidya Stokes -- won the polls in 1982.  In the 1985 mid-term polls, Vidya Stokes, Asha Kumari and Viplov Thakur were elected, while four women candidates -- Lila Sharma, Shyama Sharma, Sushama Sharma and Vidya Stokes -- were winners in the 1990 polls.

The number again declined to three in 2012 polls when Vidya Stokes, Asha Kumari and Sarveen Chaudhary were reelected.

In the 2017 elections, Asha Kumari, Sarveen Chowdhary, Rita Dhiman, and Kamlesh Kumari were winners while Reena Kashyap entered the assembly winning bypoll in 2021.