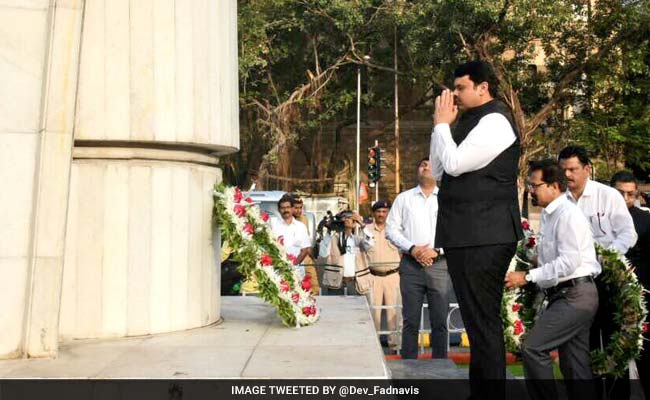 The 57th Maharashtra Day was celebrated across the state.

Mumbai: The 57th Maharashtra Day was celebrated across the state today, with the main ceremony taking place at the sprawling Shivaji Park in Mumbai.

On the occasion, the Governor announced the launch of Maharashtra Real Estate Regulatory Authority 'Maha-RERA' under which housing projects in the state will be registered.

He said the new Act will make the process of buying and selling of houses transparent, trusted and accountable.

The Governor unfurled the national flag, inspected the ceremonial parade and accepted salute presented by the marching contingents.

Under the Jalayukta Shivar Abhiyan launched by the state government to tackle water scarcity, over 2.5 lakh works had been completed and that 12 lakh thousand cubic meters of water storage potential has been created, Rao said.

Around 11,000 villages in Maharashtra had become drought-free by conserving water in village watershed, he said.

About Rs 33115 crore crop loan was disbursed to over 48 lakh farmers in the state, the Governor said. Crop loans of 6.85 lakh farmers were restructured, he added.

The World Bank-assisted Nanaji Deshmukh Krishi Sanjeevani Project is being rolled out to make 4000 villages of Vidarbha and Marathwada drought-free, he said.

Year 2017 is being celebrated as 'Visit Maharashtra' year, he said.

Maharashtra was formed on May 1, 1960. Each year Maharashtra Day is commemorated with a parade at Shivaji Park in Dadar where the Governor gives a speech. The State Reserve Police Force (SRPF), Mumbai Police and Home Guards personnel take part in this parade.
Comments
Maharashtra dayshivaji parkDevendra FadnavisJalayukta Shivar AbhiyanMaharashtra Real Estate Regulatory Authority