55 Lakhs to Rid This Hospital of Thousands of Rats 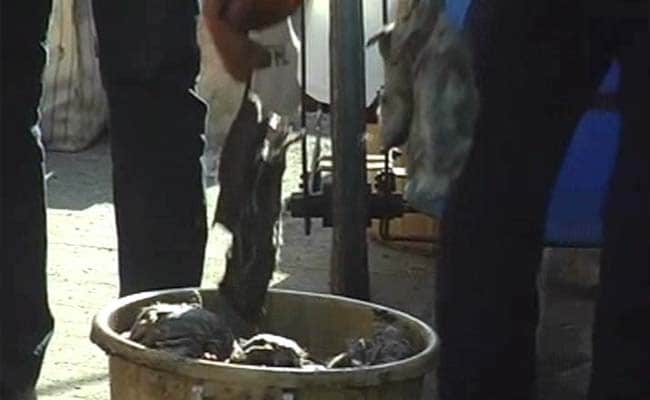 A bucketload of rats found at Indore's Maharana Yeshvantrao hospital

Indore: At one of the biggest government hospitals in Madhya Pradesh, men in masks have been involved in a not-so-delicate operation for the past two days. With gloved hands, they gingerly display the results - a bucket load of dead rats.

So far, a team of 40 exterminators has killed around 3,000 rats at the Maharaja Yeshwantrao hospital in Indore, which is notorious for its rodent population, far outnumbering patients.  Some 1,000 people visit the hospital's Out Patient Department daily, and 400 patients are currently admitted.

Officials say there are about 10,000 rat-holes in the hospital, each hiding between four and 14 rats. The numbers, they say, add up to a horrifying 70,000 rodents at this government-run hospital.

They are everywhere, in toilets, under beds and even nibbling at food meant for patients. One patient complained that one of his official documents was eaten.

Twenty years after its last pest control drive, the hospital has finally enlisted the help of a private company for a steep Rs 55 lakh.

Using prawns, samosas and poisoned ghee as bait, rat-catchers are going through every inch of the hospital sealing burrows for the drive named "Operation Kaya-Kalp (Makeover)".

Government hospitals are not always known for the highest of safety standards but the state of this one has disgusted even pest-control workers. "Food and waste from garbage bins are not disposed of properly," said one worker.

The hospital admits it has a problem. "There is no check on people having food and throwing leftovers in the premises," said medical superintended AD Bhatnagar.

The cost of the clean-up is reasonable, says the man who runs the pest control company.

"20 years ago, we took six lakhs from the government for this task. That comes to 78 lakhs today. We are spending Rs 1.8 lakh on just the bait. We are using expensive equipment, poison and the area that we are searching is 10 acres," said Dr Sanjay G Karmakar.

The company hopes to free the hospital completely of rats by December 4.
Comments
Rats in Indore hospital