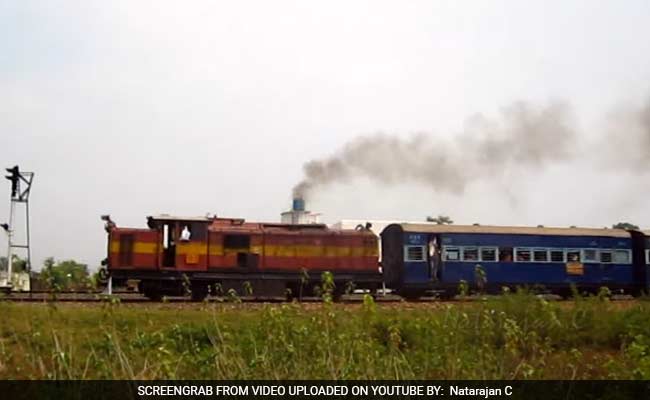 Vadodra: The Railway Ministry has decided to preserve five narrow gauge rail lines in Gujarat, built by the erstwhile princely state of Baroda, an official said.

The five railway lines, which are collectively 204-kms long, were originally owned by the princely state's Gaekwad Baroda State Railway (GBSR), but are currently operated by the Western Railway (WR).

The Railway Board has recently written a letter to the WR informing it that a decision has been taken to preserve the five narrow gauge lines to promote tourism in the state.

"These five old, but working rail lines date back to the 19th century. One of these lines, Dabhoi-Miyagam line, which is 33-kms long was the nation's first narrow gauge line. In 1862, it started functioning when coaches were pulled by oxen. Steam engines came a year later," Subrata Nath, Executive Director (Heritage) of the Railway Board, told news agency PTI today.

"The owner of the GBSR, Sayajirao Gaekwad III, the Maharaja of Baroda, had developed this network of railways, linking many towns across his state. The jurisdiction of his state extended up to Amreli-Junagadh in Saurashtra, Mehsana in North Gujarat and Bilimora in South Gujarat," he added.

Incidentally, another arm of the railway network, from the Dabhoi section to Chandod, is part of the gauge conversion project, to link to the Gujarat government's proposed Statue of Unity. The historic passenger train running between Dabhoi and Chandod railway stations in the district made its final run last month to make way for the conversion of narrow gauge line into broad gauge.

Elaborating on the letter, he said, "The Railway Board has asked the WR to prepare a detailed plan identifying the resources required to preserve these lines and also to develop them for promoting heritage railway tourism."

The WR has been asked to send its report to the board by June 30, he added.

According to the official, these five narrow gauge lines in Gujarat are more or less "island lines" as they connect far-flung areas, and gauge conversion will not significantly add to the connectivity value for the local population.