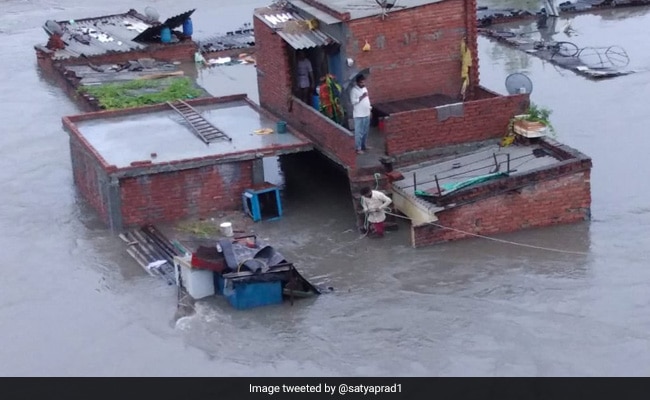 Heavy rainfall has been predicted for the next few days.

Bodies of five labourers were recovered from under the debris after a wall collapsed near Degree College in Mukteshwar in Nainital district and another labourer was safely rescued on Tuesday.

During the last 24 hours, about 500 mm of rainfall was recorded, according to officials. Due to continuous rains, the water of the lake overflowed and entered the road leading to the office of the District Magistrate.

"More than 200mm rainfall has been recorded in the last 24 hours. Five deaths were reported yesterday in Pauri and Champawat due to heavy rainfall. 11 people lost their lives in Almora, Nainital and Udham Singh Nagar today," said State Disaster Management secretary SA Murugesan.

Road connectivity of Nainital with other parts of the country has also been cut off by heavy rains. All the roads leading to Kaladhungi, Haldwani, Bhawali have been closed by debris due to landslides. Heavy rainfall has caused immense inconvenience to the people, especially the tourists who have come to Nainital.

India Meteorological Department (IMD) has issued a red alert for Uttarakhand with a forecast of heavy to very heavy rainfall in the state. Heavy rainfall has been predicted for the next few days.