The Congress government in Madhya Pradesh has ordered the transfer of 46 police dogs and their handlers. 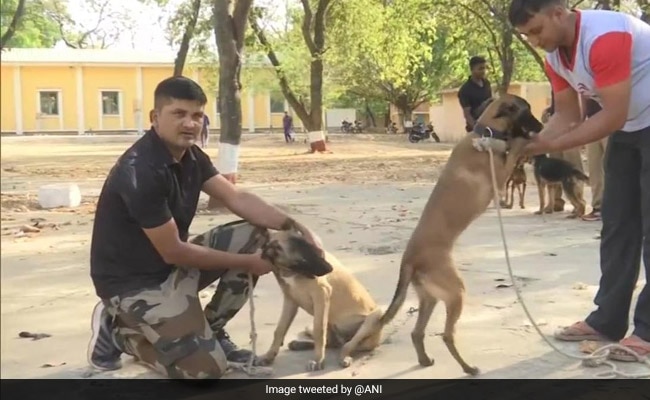 The Congress government in Madhya Pradesh has ordered the transfer of 46 police dogs and their handlers. In an order issued on Friday by the commandant of the 23 Battalion of Madhya Pradesh Police, 46 dogs and their handlers were transferred, including eight-year-old sniffer dog Duffy from Chhindwara, Chief Minister Kamal Nath's home district, to his residence in state capital Bhopal.

Two other sniffer dogs, Renu and Sikandar, have also been transferred to the Chief Minister's house from Satna and Hoshangabad.

This is the first time when the posting list of a large number of police dogs has been released, news agency IANS said. The preceding Bharatiya Janata Party-led government had also carried out a similar exercise nearly three years ago, without issuing a press handout.

Earlier this year, the Madhya Pradesh Police Dog squad had also inducted Belgian Malinois dogs into their force. These dogs guard the White House and were part of the team that killed terrorist Osama bin Laden.

The BJP, however, has slammed the Congress government's transfers, calling it a "transfer racket".

"If it will be in their control, the Congress can even transfer the land and the sky," lawmaker and state BJP vice president Rameshwar Sharma said on micro-blogging site Twitter.

He was also quoted by news agency Press Trust of India: "Congress can do miracles. It transferred dogs. The Kamal Nath government transferred about 50,000 officials and employees in six months. Some of the officials were transferred 3-4 times in this period. A transfer racket is flourishing and posts in government offices are being sold."

In a tweet along with copies of the canine transfer orders, BJP state vice president Vijesh Lunawat said, "Wah, transfer industry of Kamal Nath government did not spare even dogs. The transfers of dog squad in Madhya Pradesh."

In reply, state Congress media cell vice president Abhay Dubey termed the BJP's ridicule as frustration after being unseated in the Assembly polls.

"Police dogs and their handlers live with each other for the entirety of the canine's life. The handlers accompany the dogs wherever it is deployed for probe. The dog is in tune with its handler. So, they were transferred together," Mr Dubey said.

"The BJP should leave its frustration and stop doing politics on baseless issues," he added.