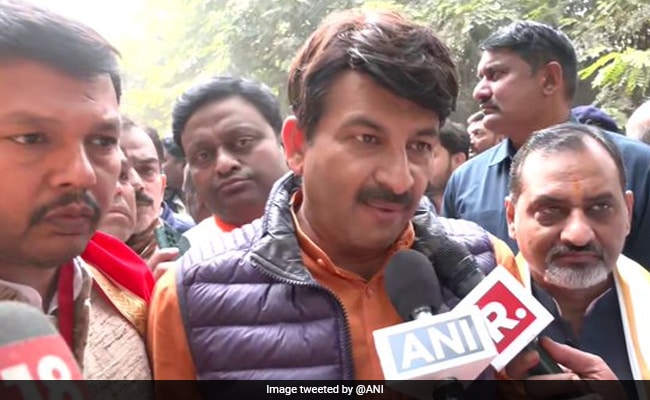 The names of 450 voters in Subhash Mohalla ward in Delhi have been deleted from the voters' list because they support the BJP, claimed party MP Manoj Tiwari on Sunday and demanded cancellation of the polls and re-election in the ward.

Speaking to reporters at the Yamuna Vihar polling booth in Subhash Mohalla ward, the BJP MP alleged this was a conspiracy by the Delhi government

"In the Subash Mohalla ward, the names of 450 voters have been deleted from the voters' list because they support the BJP. This is a big conspiracy by the Delhi government. I will complain against this and appeal for cancellation of this polls and re-election," said Mr Tiwari.

Earlier, Delhi Congress president Anil Chaudhary claimed he found his name missing from the voters' list when he arrived at the polling booth to cast his vote.

"My name is neither in the voter list nor in the deleted list. My wife has voted. The officials are checking it," he said at a polling booth in Dallupura.

Voting for the civic body polls is underway amid tight security across the national capital. The voting for all 250 wards began at 8 am and will conclude at 5:30 pm. The counting of votes will be done on December 7.