Two soldiers were killed yesterday when troops came under attack by armed infiltrators in Nowgam whereas one army jawan lost his life today. 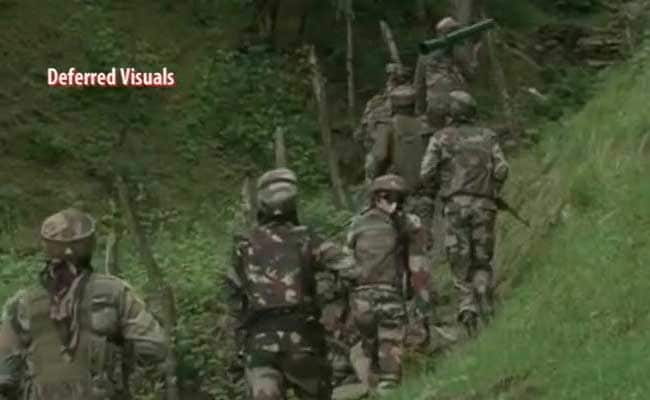 The gun-battle started after the army intercepted infiltrators in north Kashmir's Nowgam sector.

Srinagar: Four terrorists have been killed in an ongoing counter-infiltration operation launched by the army in the Nowgam sector of Jammu and Kashmir's Kupwara district. While two of them were killed yesterday, the army neutralised two terrorists near the Line of Control today.

Officials said three army soldiers have died in the counter-operation. Two soldiers were killed yesterday when troops came under attack by armed infiltrators in Nowgam whereas one army jawan lost his life today.

The security forces fought back the attack and two terrorists were killed in an ensuing encounter.

An army spokesperson said that four rifles and other warlike stores have been recovered from the site of encounter.

"The sanitisation operation is still underway," the spokesperson added.

Promoted
Listen to the latest songs, only on JioSaavn.com
The gun-battle started after the army intercepted a heavily armed group of infiltrators near the Line of Control in north Kashmir's Nowgam sector yesterday. In the adjacent area of Badi Bahak of Bangus Valley, security forces foiled another infiltration attempt and shot two terrorists dead in a gun-battle yesterday.

On Friday, Defence Minister Arun Jaitley visited forward areas near the Line of Control and reviewed the preparedness of troops to turn away infiltration attempts and any "misadventure" from across the border.