The six-lane Chambal Progress Way will connect border areas of Rajasthan and UP through Madhya Pradesh's Sheopur, Morena and Bhind districts. 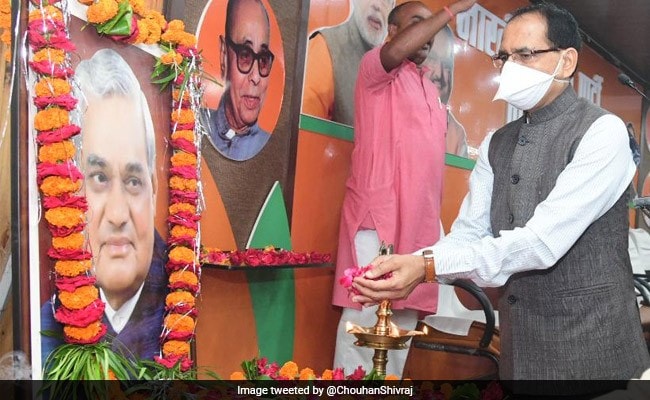 Mr Chouhan paid tribute to Atal Bihari Vajpayee on his second death anniversary at the state BJP headquarters today, and announced that a statue of the former prime minister will be installed in Bhopal.

"We have decided today to name the Chambal Progress Way as Atal Bihari Vajpayee Progress Way. The name of Atalji will always inspire us for development," he told reporters.

"A divine and magnificent statue of Atalji will be installed in Bhopal," he added.

The six-lane Chambal Progress Way, which is proposed to be developed at a cost of about Rs 6,000 crore, will connect the border areas of Rajasthan and Uttar Pradesh through Madhya Pradesh's Sheopur, Morena and Bhind districts.