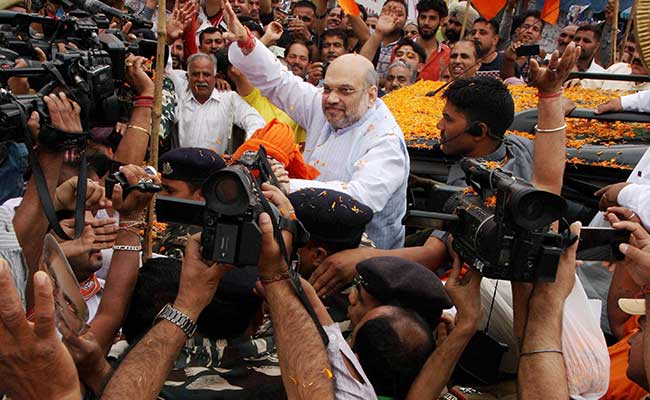 Jammu: More than 30 Kashmiri Muslim youths will be part of the BJP's expansion drive across the country for six months, its president Amit Shah today said, terming it an "encouraging development" for the party.

"More than 30 Muslim youths from Kashmir are part of Deen Dayal Upadhyaya expansion plan of the party. Most of them are engineers and double graduates. They have agreed to work for six months for the BJP's expansion. I welcome them from heart.

This is an encouraging development for the party," he said.

Kashmir, which has an overwhelming Muslim majority, has always been a politically unfriendly territory for the saffron party. The region has of late witnessed an upsurge in violence and protests.

The PDP-BJP alliance is in power in the state.

Promoted
Listen to the latest songs, only on JioSaavn.com
The BJP has drawn a list of over 3.52 lakh workers from across the country who will be sent to different parts for 15 days in a year to work for its expansion and publicising the Modi government's policies.