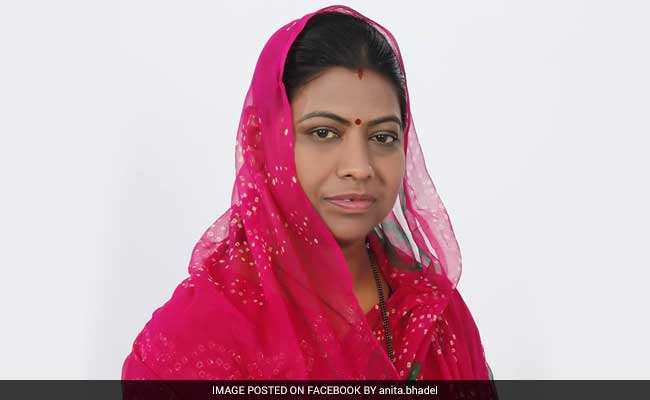 Minister of state for women and child development Anita Bhadel gave charge of her post to the girls.

Jaipur: In a first of its kind move, three girls from Rajasthan were appointed as ministers for a single day today on the occasion of National Girl Child Day.

Conferring the girls with Garima Balika Sanrakshan Samman, minister of state for women and child development Anita Bhadel gave charge of her post to Jashoda Gameti of Rajsmand, Sona Bairwa of Tonk and Preeti Kanwar Rajawat for a day.

The girls after taking charge approved the scheme of distributing 10,500 mobile phones to Aanganwadi workers and iPads to 282 women supervisors.

Ms Bhadel also apprised the one-day child ministers about the functioning of the ministry. All three girls had raised their voice against child marriage.

"We wanted to give a message that girls are no less than boys. If they are given freedom then they can fly high. Society should provide them equal opportunity to grow. It will develop their self-confidence to prove themselves," Ms Bhadel said.

Prior to it, Ms Bhadel had addressed a state-level gathering at B M Birla Auditorium urging them to bring about change in society's mentality towards girl child.

She said that state government through its various schemes is trying to uplift girls.