While two of them died instantly, the third person bled to death 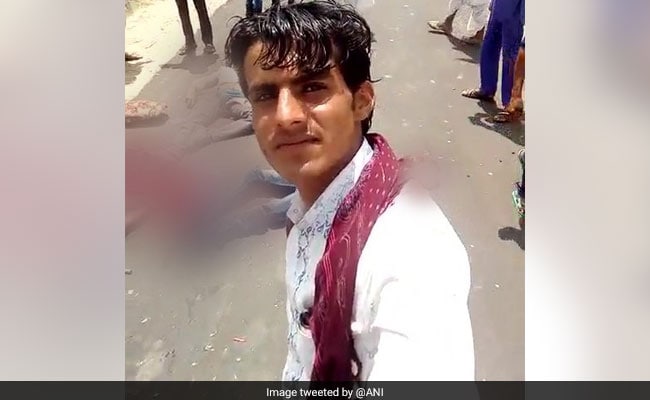 The man who clicked selfies with the victims has not been identified yet.

Three men died on a road after the motorcycle they were riding was hit by a school bus in Rajasthan's Barmer. While one of them died instantly, the other two bled to death as no one from the passersby offered to take them to the hospital. Instead they clicked selfies and made videos of the accident. Even the cries for help didn't move the crowd.

In a 1.43-minute video, shot by one of the passersby, an injured man is seen lying on the road, writhing in pain but no one comes to help him. An elderly man is heard asking whether anyone can identify them while another is suggesting someone else to pick up their mobile phones so that their families could be informed.

The men have been identified as Parmanand, Gemra Ram and Chandra Prakash. Reports say that the three men worked as labour contractors at a cement factory in Gujarat and had come to Rajasthan to hire workers.

The police say that timely help could have saved at least two lives.

"They were lying there for at least half an hour. One died on the spot, another in a hospital and third on the way to Jodhpur," station house officer Chohtan police station, Manohar told Press Trust of India.

"It was against humanity. Those who were present should have helped but instead they made videos," he said.

Mr Manohar said the man who clicked the selfie-video with the victims has not been identified yet.