The statement expressed shock at the action of the Uttar Pradesh government under Chief Minister Yogi Adityanath and police in filing criminal charges against The Wire and one of its founding editors for an "entirely factual story on COVID-19 and religious events". 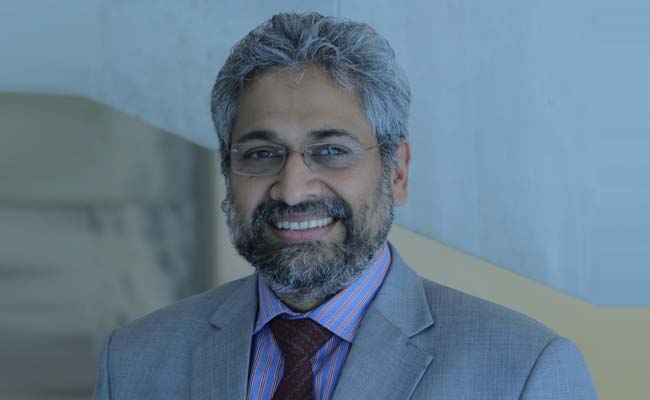 UP police filed an FIR against Siddharth Varadarajan, founding editor of web portal The Wire

About 3,500 jurists, academics, actors, artistes, writers and people from other walks of life have slammed the Uttar Pradesh government and police for filing an FIR against Siddharth Varadarajan, the founding editor of web portal The Wire, and demanded that all criminal proceedings against him be dropped.

In a joint statement on Tuesday, they called the registration of the FIR against Varadarajan an attack on press freedom.

They also urged the central and state governments not to use the COVID-19 pandemic as a cover to trample upon the media's freedom.

A medical emergency should not serve as a pretext for imposition of a de facto political emergency, the statement said.

The statement expressed shock at the action of the Uttar Pradesh government under Chief Minister Yogi Adityanath and police in filing criminal charges against The Wire and one of its founding editors for an "entirely factual story on COVID-19 and religious events".

"This attack on media freedom, especially during the COVID-19 crisis, endangers not just free speech, but the public's right to information," the statement said.

The signatories called upon the Uttar Pradesh government to withdraw the FIR against Mr Varadarajan and The Wire, and drop all criminal proceedings.

They also called upon the media not to communalise the pandemic.

The Uttar Pradesh police booked Mr Varadarajan this month over comments on Twitter, claiming that the day the Tablighi Jamaat event was held in Delhi, Yogi Adityanath had insisted that a Ram Navami fair will take place as usual.

The FIR against the journalist also mentioned his remark questioning Yogi Adityanath's participation in a religious ceremony at the Ramjanmabhoomi site in Ayodhya during the nationwide lockdown to contain the spread of coronavirus.

The statement said the target of this action was a factual story on the Tablighi Jamaat and its exposure to COVID-19.

"Towards the end, the impugned article merely pointed out that 'Indian believers' more generally have been late to adopt precautions and avoid congregation, recalling UP Chief Minister Yogi Adityanath's plans, as late as March 18, to proceed with a religious fair at Ayodhya and his flouting of the national lockdown and social distancing norms by taking part in a religious ceremony along with others on March 25," the statement said.

Two FIRs were filed under various provisions of law on April 1, one on a complaint from a resident of Ayodhya and the other on the basis of a complaint by the Station House Officer (SHO) of Faizabad's Kotwali Nagar Police station, it noted.

A plain reading of the sections invoked in the FIRs made it clear that they could not possibly apply to the article in question, the statement said.

"The FIRs were followed up with a gross display of intimidation on April 10, when policemen arrived in a black SUV with no number plate at Varadarajan's residence in Delhi to issue a legal notice, ordering him to appear in Ayodhya on April 14 at 10 am," it said.

That the Uttar Pradesh government sent policemen who drove 700 kilometres during the nationwide lockdown to issue this summons, when the postal system was still operational, spoke volumes for its priorities, the statement added.

"The UP police's action is just the latest in a series of attempts by the ruling establishment, or persons close to them, to entangle The Wire and its editors in legal cases in an effort to shut them down," it said.

The police action against The Wire also came against the backdrop of the "demonisation of Muslims" in a section of the media as being responsible for the spread of the novel coronavirus in India, the statement said.

The statement has also been endorsed by actors and artistes such as Amol Palekar, Naseeruddin Shah, Nandita Das, Farhan Akhtar and Mallika Sarabhai. Zoya Akhtar, Kiran Rao and Anand Patwardhan are among the filmmakers, and Dayanita Singh is among the photographers who have backed the statement.

Senior journalists and over a thousand professors from universities across the globe are also among the signatories.

The FIR against Mr Varadarajan had referred to a tweet by him, which said, "On the day the Tablighi Jamaat event was held, Adityanath insisted a large Ram Navami fair planned for Ayodhya from March 25 to April 2 would proceed as usual and that Lord Ram would protect devotees from the coronavirus."

Later, the journalist tweeted, saying, "I should clarify that it was Acharya Paramhans, Hindutva stalwart and head of the official Ayodhya temple trust, who said Ram would protect devotees from coronavirus, and not Adityanath, though he allowed a public event on 25/3 in defiance of the lockdown and took part himself."