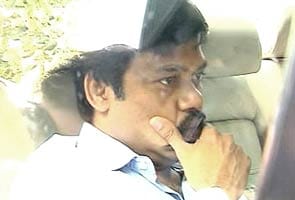 New Delhi: Why a man who was a lead character in the narrative of India's biggest-ever scam killed himself is now being investigated by the Central Bureau of Investigation (CBI).

Sadiq Batcha was found hanging at his home in Chennai on March 16.  A suicide note said he couldn't take the spotlight focused on him by the media for his role in the 2G spectrum scam.

Mr Batcha, the top man at Greenhouse Promoters, a real estate company, was known for his close personal and professional relationship with A Raja, the former Telecom Minister who's now in jail for planning and executing the spectrum scam in 2008.  Mr Raja gave away a national resource at bargain prices to companies who allegedly paid him handsomely in private. In a Delhi court tomorrow, the CBI will file a chargesheet officially accusing Mr Raja of criminal conspiracy, forgery and cheating.

Mr Batcha's company was believed to be a front for Mr Raja's illicit income.  In the weeks before he killed himself, Mr Batcha's homes and offices had been raided and he had been interrogated by the CBI several times.

Promoted
Listen to the latest songs, only on JioSaavn.com
Mr Raja's brother and wife were both directors of Greenhouse Promoters.

The Tamil Nadu police had requested that the CBI investigate Mr Batcha's death.