The pilots of Squadron 17, also known as Golden Arrows, who flew in the fighter jets wore on their uniforms, arm patches designed by Saurav Chordia.

Saurav Chordia began designing arm patches when he was just 18

When the five French-manufactured Rafale roared over the Indian airspace and landed at the Ambala air base this afternoon, 22-year-old Saurav Chordia from Basugaon - a small town in Assam's Bodoland region - was living his proudest moment. The pilots of Squadron 17, also known as Golden Arrows, who flew in the fighter jets wore on their uniforms, arm patches designed by this young man.

Growing up, Saurav Chordia had always wanted to be a pilot but weak eyesight left him with an unfulfilled dream. However, with his patches on the uniforms of the Rafale pilots, this 3D designer is flying high.

"The squadron has a glorious history and legacy. So I had to bring that element to the design and also show the modernisation that Rafale brings in," Mr Chordia told NDTV.

Mr Chordia began designing arm patches when he was just 18. Since then, he has designed dozens of them.

His patches adorn the G-suits and overalls of Squadron 25 pilots, or the Flying Daggers, who were the first to fly the Tejas Light Combat Aircraft and those of the Surya Kiran Aerobatic squadron. 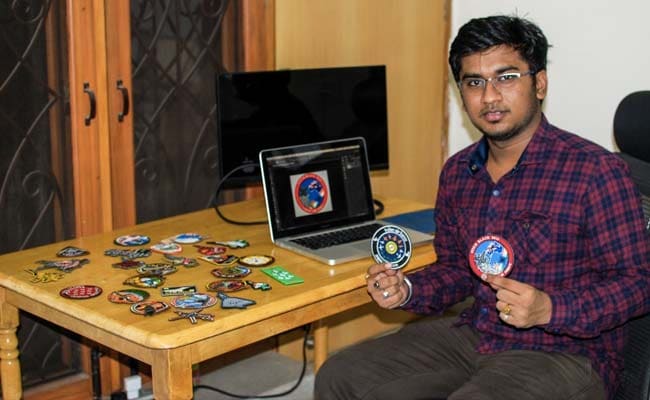 Growing up, Saurav Chordia had always wanted to be a pilot.

"As a child, when I watched Tom Cruise in the movie Top Gun, wearing patches and flying, I was inspired. Since I have weak eyesight, I could not make it. But I took up designing aircraft models and patches and soon my work began to get noticed. Officials got in touch with me and before long, I was designing patches for the air force," Mr Chordia said.

Saurav Chordia has designed two patches for the Rafale pilots - one circular and the other shaped like the aircraft, with the motto "Udayam Ajasram" (Arise Ever) embossed on the edge.

"This is a Make In India moment. The patches were designed here. We are happy and take pride that they were made by a young man from this small town in Assam. Our parents had supported us a lot," Saurav Chordia's brother Sumit said.

The young designer had designed the patches for free, refusing to accept any payment for them. But now, the Indian Air Force gives him a small stipend to make him feel part of the family and promote a rare talent.

A batch of five Rafale fighter jets touched down to a special water cannon salute at the Ambala air base this afternoon. The jets are the first western combat aircraft to join the Indian Air Force 23 years after the Sukhoi aircraft were imported. The planes are expected to give a mega-boost to India's air power amid tensions with China and Pakistan.