Saurav Chordia, who works as a graphics designer in New Delhi, has recently designed two patches commemorating the air battle that the IAF fought with the Pakistan Air Force. 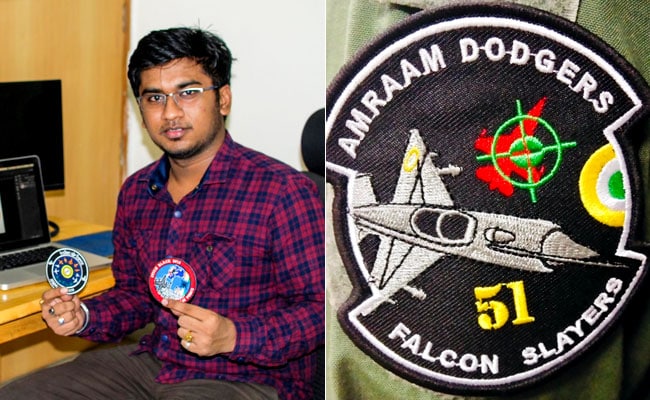 The Indian Air Force's favourite squadron patch maker is a 21-year-old Political Science graduate who has designed more than a hundred patches for the IAF, something he began when he was just eighteen.

Saurav Chordia, who works as a graphics designer in New Delhi, has recently designed two patches commemorating the air battle that the IAF fought with the Pakistan Air Force (PAF) in February this year.

One of the patches, designed for the 51 Squadron of the IAF bears the label 'Falcon Slayers' and shows a MiG-21 Bison fighter in cross-hairs with Pakistan Air Force's F-16 jet. Wing Commander Abhinandan Varthaman, who shot down a PAF F-16 before being hit over Pakistan-Occupied Kashmir, was a part of this Squadron but has recently been transferred to another MiG 21-Bison Squadron in Rajasthan. 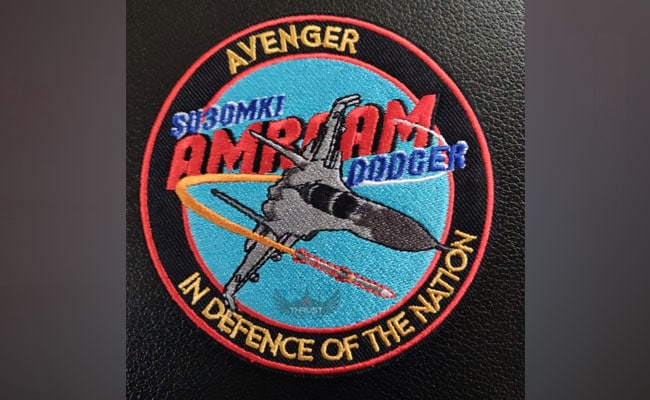 Another patch designed by Mr Chordia says "AMRAAM dodger" and shows an Indian Air Force Su-30 MKI fighter jet. Several American-made AMRAAM medium range air-to-air missiles were fired by the Pakistan Air Force on February 27 but were unable to shoot down IAF's Sukhois. The jets were part of a large formation of fighters that were vectored to intercept 24 Pakistan Air Force fighters, some of which fired bombs on targets along the Line of Control in Jammu and Kashmir, a day after IAF fighters struck the Jaish-e-Mohammed terror camp near Balakot.

The son of a cloth merchant from a small town called Basugaon in Assam, Mr Chordia developed an interest in the 3D art when his brother got a computer from the state government.

"The government used to give computers to those who passed the Matriculation exam with first division in 2010," Mr Chordia says. "My brother got a computer but I ended up using it to play flight simulators.  I also began to develop an interest in aircraft and I started making images of aircraft in 3D," he adds. 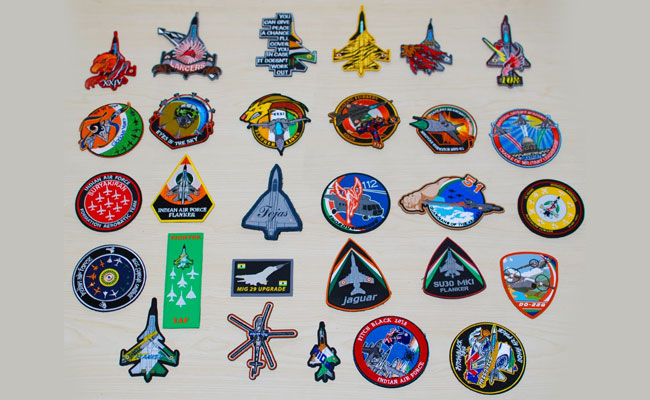 Mr Chordia gets a small stipend for his service

By the time he had cleared his Class XII exams, his aviation art work started to get noticed. "The developers of the Indian Air Forces mobile game called 'Guardians of the Skies' called me to do an internship. That's where things took off," Mr Chordia.

Soon, IAF Squadrons started approaching Mr Chordia to design their Squadron patches. He was happy to design the patches without any payment but now receives a small stipend, usually less than Rs 20,000 from the individual funds of the Squadrons that approach him.

"It was a huge honour for me when I was asked to make the squadron patch for 45 Squadron ('The Flying Daggers'), the first IAF squadron to fly the Tejas Light Combat Aircraft".

The Indian Air Force appreciates the work of the young designer.

"Patches are a reminder of a Squadron's glorious past and fighter pilots wear these with pride," Group Captain Anupam Banerjee, the spokesperson of the IAF, said.

The IAF says it encourages aviation enthusiasts like Mr Chordia who have a role in "building up aviation awareness in the country."