2019 Elections: PM Modi To Address 50 Rallies Across India Till February 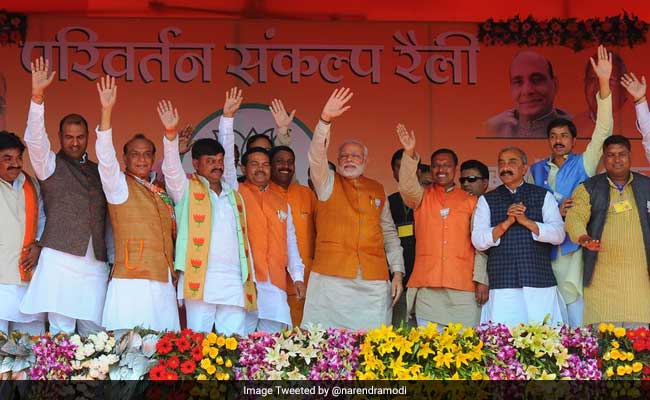 With an eye on the 2019 Lok Sabha elections, Prime Minister Narendra Modi will address 50 rallies across the country by February next year, covering more than 100 Lok Sabha constituencies, sources said.

The source said that the prime minister will address 50 rallies across the country by February next year, covering more than 100 Lok Sabha constituencies.

All these rallies have been planned to prepare the ground for the party's campaign. Each rally is being designed so that it covers 2-3 Lok Sabha constituencies, the source said.

Before the election dates of the Lok Sabha elections are announced, the BJP will already have covered at least 400 Lok Sabha constituencies by organising 200 rallies, a party leader said.

Besides these 50 rallies, PM Modi will also address rallies in Madhya Pradesh, Rajasthan and Chhattisgarh, where elections are scheduled later this year, the party leader said.

Wednesday's rally in Malout in Punjab was the first of these rallies. Another similar farmers gathering is being planned at Shahjahanpur in Uttar Pradesh this month.

A party source said that this exercise has been planned to bring the organisation into election mode and prepare a platform for the BJP's campaign.