Samson D'Souza, a beach shack worker, was pronounced guilty of all charges in connection with the 2008 incident on Wednesday. 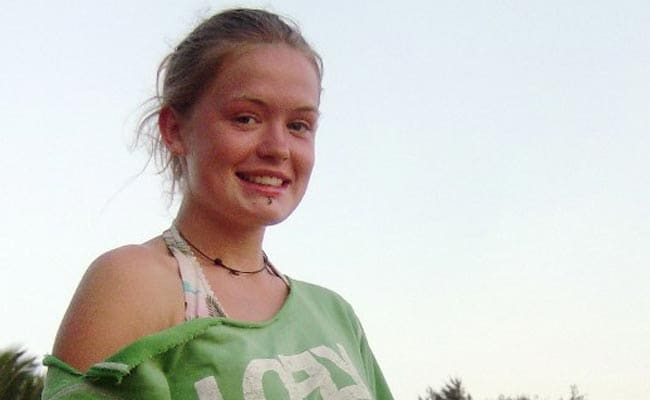 Scarlett Keeling was found dead on a famous Goa beach on February 18, 2008.

Fifteen-year-old Scarlett Keeling was found dead with bruises on her body on a famous Goa beach on February 18, 2008. D'Souza and Placido Carvalho were accused of leaving her to die after drugging and sexually abusing her following a Valentine's Day party.

The Bombay High Court in Goa on Friday, more than a decade later, convicted Samson D'Souza to 10 years of rigorous imprisonment.

D'Souza, a beach shack worker who was found to have attacked the British teenager and then left her to die on the Anjuna beach, will perform hard labour for a decade.

A division bench comprising of Justices R.D. Dhanuka and Prithviraj Chavan also imposed a fine of Rs 2.60 lakh on the accused. This will be the compensation awarded to the mother of Keeling, Fiona Mackeown, who has waited everyday of the last 10 years for justice.

Police initially claimed her death was due to accidental drowning, but MacKeown insisted on a second autopsy. A police sub-inspector was also dismissed from service on account of the lapse, while a forensic specialist was under the scanner for the dubious first autopsy.

A subsequent postmortem showed there were ecstasy, cocaine and LSD in the teenager's body, along with 50 cuts and bruises and evidence of the sexual assault. It was alleged that D'Souza plied her with drugs, raped her and left her unconscious face down on the beach.

D'Souza was booked under several sections of the Indian Penal Code -- culpable homicide, criminal assault and outraging a woman's modesty, providing narcotics to a person with knowledge that it could cause serious harm or death, and destruction of evidence, besides Section 8(II) of the Goa Children's Act.

The beach shack worker was on Wednesday pronounced guilty of all charges in connection with the 2008 incident. The other accused Carvalho, however, was acquitted for lack of evidence.

Earlier on Friday, CBI prosecutor Ejaz Khan sought maximum punishment for D'Souza and compensation for Mackeown for the trauma she underwent following her daughter's death and her quest for justice.

"In addition to seeking a very severe punishment, I seek that the victim may be compensated adequately. In this case the victim will mean the victim's mother. She has had to run from pillar to post besides suffer trauma and severe pain in a foreign land," Khan argued, speaking of Mackeown's plight and subsequent crusade for justice.

The case was hampered by constant setbacks, including a change of prosecutor, long delays and the failure of a British witness to give evidence. In 2016, D'Souza was acquitted on charges of rape and culpable homicide at Goa children's court.

The Central Bureau of Investigation (CBI) prosecutor also sought maximum punishment under law, because Goa being a "state of tourist importance it was important to send a message that such kind of crimes won't be tolerated".

Mackeown's lawyer Vikram Varma told the High Court on behalf of the mother that paedophilia should be treated with the "highest level of seriousness".

Defence lawyer Shailendra Bhobe, however, sought leniency from the court, arguing that D'Souza was trying to reform himself.

Bhobe argued that his client did not have criminal antecedents and that he has cooperated with the trial at every stage.