The New Rs 200 note will have a portrait of Mahatma Gandhi in the centre with Rs 200 inscribed on the note in colour-changing ink. 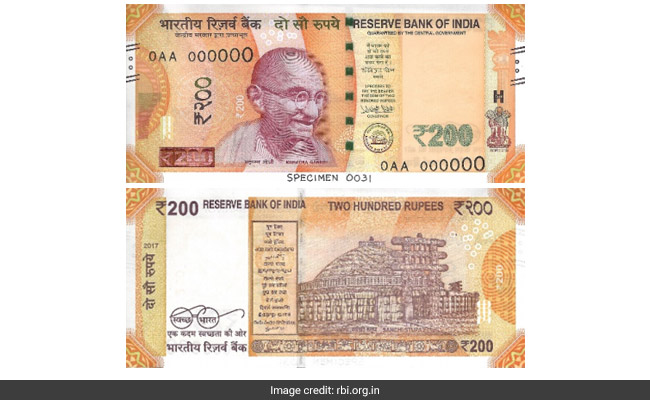 Here's what the new 200 rupee note released by the Reserve Bank of India looks like.

New Delhi: New Rs 200 notes will be launched today, the Reserve Bank of India (RBI) announced today in a press release days after introducing new fluorescent blue Rs 50 banknotes. This is the fourth new note to be announced since November, when Prime Minister Narendra Modi announced an overnight ban on Rs. 1,000 and Rs. 500 notes to choke tax evaders. The government says the Rs 200 notes will inject more low denomination currency in the system.

Here are some features of the new Rs 200 note: