The accused called Haryana Power Minister Ranjit Singh Chautala through an app which is banned in India. 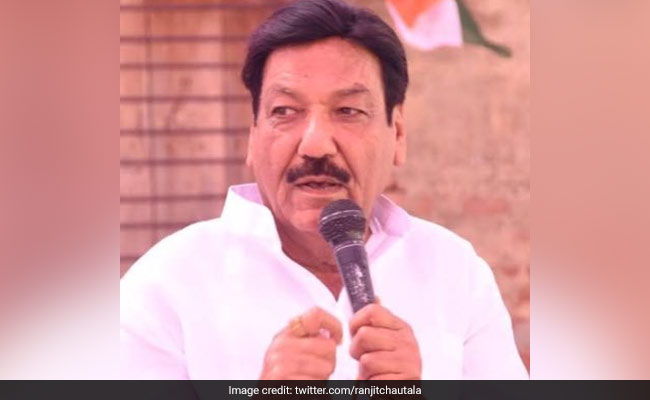 The accused have been identified as Jagtar Singh and Upkar Singh.

According to sources, Haryana Power Minister Ranjit Singh Chautala received a call this month demanding Rs 3 crore for the party fund. The caller claimed to be speaking from Mr Shah's residence.

But Mr Chautala got suspicious and reported it to the state police, which contacted the Delhi Police and sought their help.

The Delhi Police on Sunday arrested the two from Haryana Bhawan in Delhi. They have accepted their involvement in the crime, the police claimed.

The accused called Ranjit Singh Chautala through an app which is banned in India. However, it can be downloaded from Opera web browser.

According to sources, one of the accused owns a leather business and is a resident of Sirsa, Haryana, and the other is from Chandigarh and owns a taxi stand there.

They came in contact following a land deal three months ago and got the idea of the crime from a TV serial, sources said. They learned how to spoof calls and collected Mr Chautala's contact details, sources added.