The Punjab girls have demanded euthanasia for the whole family if they do not get justice. 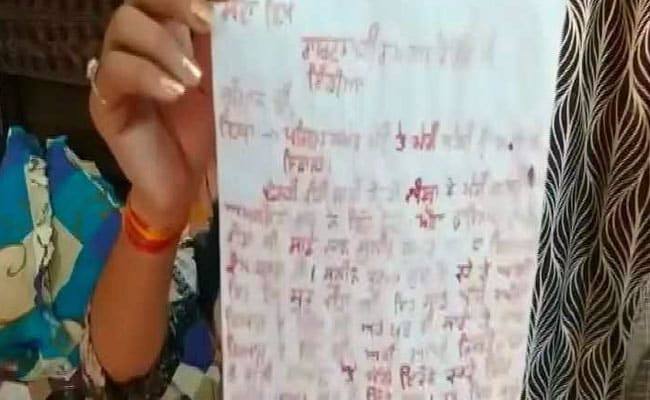 The girls have written the letter with their blood claiming false cases have been filed against them.

Two girls from Punjab's Moga city have written a letter with their blood to President Ram Nath Kovind seeking his help in the cases they claim have been falsely filed against them.

In the letter, the girls have claimed that they have been trapped in cheating cases and have been living in fear. They also demanded euthanasia for the whole family if they do not get justice.

"Two false cases of kabutarbaazi (alleged visa fraud) and cheating have been filed against us under Section of 420 the Indian Penal Code. We have been requesting police to investigate the matter as we have been trapped in false cases but they are not listening to us," the girls were quoted as saying by news agency ANI.

"We have demanded euthanasia for the whole family if we do not receive justice," they said.

Moga police officer Kuljinder Singh denied the allegations levelled against the police by the two girls.

He said that criminal cases are registered against these girls and investigation in the matter is taking place.

"These two came to me and told me that they do financial work. They received a check on the basis of security and another party filed a case as they considered them as agents, who have given money to send their son abroad," the officer said.

"I have heard they have sent a letter to the president but I have not received any official information in this regard. We will resolve the case soon. It took time as complainants are not helping in the investigation even after we sent them a summons," he added.

Case Against Google's Sundar Pichai In Mumbai After Filmmaker Complaint