Gujarat: Nothing suspicious was recovered from the seized boats of the Pakistani fishermen except for fish, fishing nets, and fishing equipment, the BSF said. 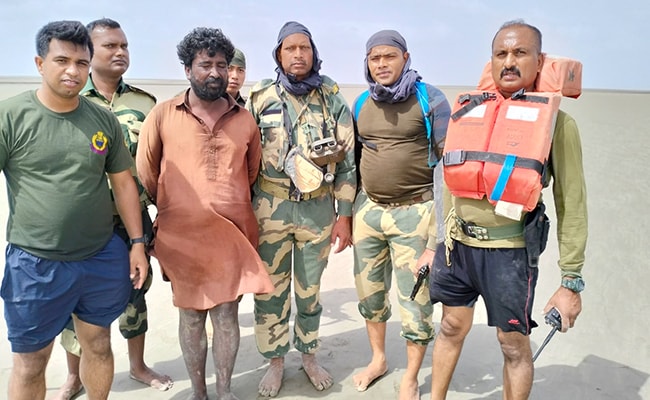 The Pakistani fishermen were detained from Harami Nala in Gujarat's Bhuj, BSF said.

The BSF observed the movement of some Pakistani fishing boats while patrolling in the general area of Harami Nala at about 8.30 am

"Patrol party immediately rushed to the spot and seized four countries made Pakistani fishing boats and apprehended two Pakistani fishermen from the horizontal channel of Harami Nala," said the BSF.

The seized boats were thoroughly searched and nothing suspicious was recovered from the boats except for fish, fishing nets, and fishing equipment, the BSF further said, adding "intensive search in the area is on".