2 Men In Plain Clothes Took Him: Wife Of Journalist Arrested By UP Cops

The 26-year-old journalist was arrested after a complaint by a sub-inspector in Lucknow's Hazratganj Police Station on Friday night, alleging he tried to "malign" the Chief Minister's image. 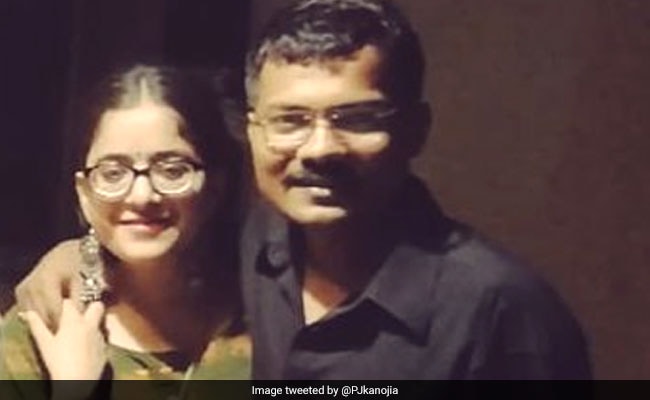 Prashant Kanojia was arrested over a tweet that had "objectionable comments" on Yogi Adityanath.

It was a phone call from a friend that woke up Delhi-based journalist Prashant Kanojia and his wife on Saturday morning. The friend told him that some men were looking out for Prashant Kanojia by his name.

Some time later in the noon, Mr Kanojia was taken away for questioning by two men in plain clothes, his wife Jagisha Arora told NDTV.

"I don't have much clarity myself. It all happened in five minutes or so. Prashant had gone downstairs. When he came back, he said he has to change his clothes as he has to go with the two men," Ms Arora said.

A freelance journalist, Mr Kanojia was arrested by Uttar Pradesh police after he was picked up from his home in Delhi's West Vinod Nagar on Saturday for a tweet that had "objectionable comments" on Yogi Adityanath.

The 26-year-old journalist was arrested after a complaint by a sub-inspector in Lucknow's Hazratganj Police Station on Friday night, alleging he tried to "malign" the Chief Minister's image.

Mr Kanojia had shared a video on Twitter and Facebook where a woman is seen speaking to reporters of various media organisations outside Yogi Adityanath's office, claiming that she had sent him a marriage proposal.

He is currently lodged in Lucknow Jail.

"The station house officer made me speak to my husband yesterday (Saturday) at 10.30 in the night. He told me he is okay and asked me to stay well too," Ms Arora said.

She added that Mr Kanojia will continue to stay in jail on Sunday as well.

"Prashant's parents were crying when they found out about his arrest. I consoled them saying that it will be fine soon," Ms Arora, a writer, told NDTV.

Meanwhile, the opposition has slammed the "illegal and arbitrary" arrest of Mr Kanojia. "The detention of Prashant Kanojia for merely posting a video which fell foul of actors of State government is illegal, arbitrary and a grave miscarriage of justice. Would request the Allahabad High Court to take suo Motu cognizance of the matter," Congress leader and senior lawyer Abhishek Manu Singhvi said on Twitter.

The Editors Guild on Sunday condemned the arrest of Mr Kanojia, and that of the editor and head of a television channel over alleged objectionable content related to Mr Adityanath, describing the police action as an "authoritarian misuse of laws" and an effort to intimidate the press.