Officials said the two men have been radicalised by the ideology of the ISIS and were planning to carry out a 'lone-wolf' attack on the synagogue in Ahmedabad's Khadia. 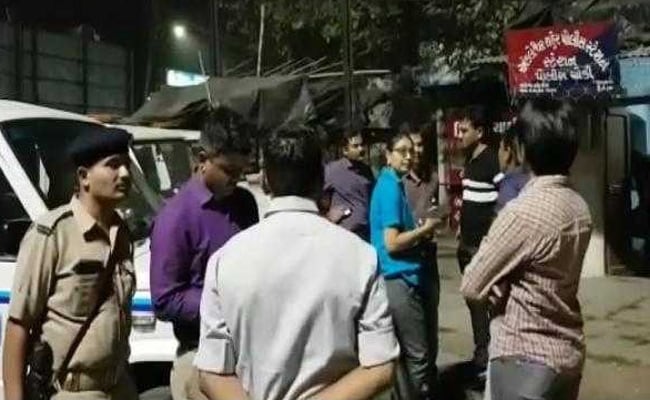 Officials said the ISIS suspects, arrested from Surat, had held a recce in Ahmedabad to carry out attack

Ahmedabad: Two suspected ISIS operatives were on Wednesday arrested by the Gujarat Anti-Terrorist Squad (ATS), who claimed that they were plotting an attack on a Jewish synagogue in Khadia area of Ahmedabad in "very near future". The suspects, arrested in Surat, have been identified as Mohammad Kasim Stimberwala and Ubed Ahmed Mirza, an official said.

While Stimberwala used to work as a laboratory technician with a hospital in Ankleshwar town, Mirza is a practicing lawyer with the Surat district court and also owns a hotel there.

They were booked under for criminal conspiracy, waging or attempt to wage war against Government of India and other charges, an official said.

According to the complaint registered by the ATS, the two men have been radicalised by the ideology of the ISIS and were planning to carry out a 'lone-wolf' attack on the synagogue, for which Stimberwala had visited Ahmedabad and conducted a recce of the Jewish centre located in Khadia area.

ATS officials believe that Srimberwala and Mirza are "highly radicalised by the fundamental ideology of the ISIS for the last many years and are actively planning to cause terrorist acts".

Both the suspected operatives of the ISIS were under the influence of Abdullah el-Faisal, a radical preacher based in Jamaica, the official said quoting the FIR.

As per the complaint, el-Faisal was earlier convicted for allegedly spreading hatred in the UK and then deported to Jamaica. He was detained in Jamaica on the charges of persuading youths to travel to Syria to take up the cause of Jihad.

Surveillance of their social media accounts had revealed that the duo were attracted to the extreme ideology since the last three-four years, according to the complaint.

Promoted
Listen to the latest songs, only on JioSaavn.com
They were also in contact with one Shafi Armar, an ISIS handler who is wanted in various cases of serial blasts triggered by Indian Mujahideen (IM) and is currently believed to be out of India, the official said.

ATS suspects that both the accused were making "intensive efforts to radicalise other youths in India using various mediums, such as social media, one-on-one meetings and telephonic calls".

Jio 5G Trials Start Tomorrow, With Caveat. What It Means For Users: 5 Points