2 Indian Teens To Address Peace And Climate Conference In Norway

Ajay Prakash, 15, and Aman Sharma, 16 were selected to address the Oslo Pax conference in Norway in September 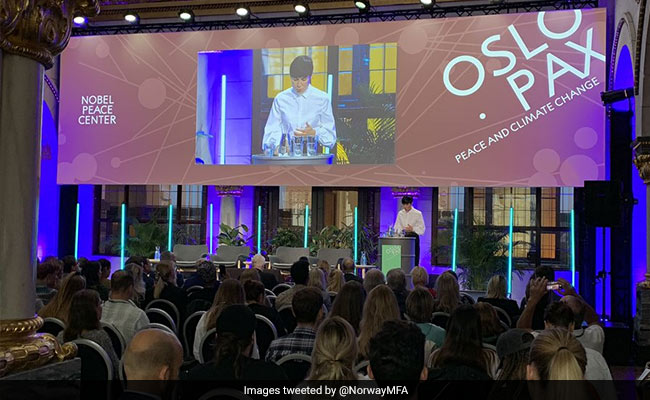 The Oslo Pax conference is an annual peace and climate conference held in Norway.

Two Indian teenagers have been chosen to address a new annual peace and climate conference organised by the Nobel Peace Centre in Norway to draw up a set of recommendations for the UN's Climate Action Summit later this month.

Ajay Prakash, 15, and Aman Sharma, 16 were selected to address the Oslo Pax conference in Oslo whose final communique will be presented to the UN Secretary General Antonio Guterres during the Climate Action Summit on September 23..

"I think it's really nice that I got access to such a big forum from where I raised my concerns on environment degradation, globally. It was an opportunity to spread the movement that we've been leading in India and around the world, while joining forces with global young leaders," Sharma, an avid wildlife photographer, said on the opportunity to speak at the Oslo Pax through video-conferencing from here.

The Oslo Pax conference has been chaired by Christiana Figueres, a former UN diplomat who was a driving force behind the Paris Agreement of 2015.