At the time of the anti-Sikh riots, Sajjan Kumar was a parliamentarian. The court said that the criminals have enjoyed political patronage, and active steps were taken to protect Sajjan Kumar.

Congress leader Sajjan Kumar was convicted in the 1984 anti-Sikh riots case by the Delhi High Court. Reversing a lower court judgement that had acquitted him, the high court found Sajjan Kumar guilty of criminal conspiracy in the case and sentenced him to life imprisonment. "It is important to assure the victims that despite the challenges, truth will prevail and justice will be done," the Delhi High Court said in its judgement. Sajjan Kumar has until December 31 to surrender and has been directed not to leave the city. The victims of 1984 anti-Sikh riots were represented by senior advocate HS Phoolka in this case.

At the time of the anti-Sikh riots, Sajjan Kumar was a parliamentarian. The court said that the criminals have enjoyed political patronage, and active steps were taken to protect Sajjan Kumar. The case

The trial court in 2013 had acquitted Sajjan Kumar in the case while convicted five others; giving life terms to former Congress councillor Balwan Khokhar, retired naval officer Captain Bhagmal, Girdhari Lal. Two others were sentenced to a 3-year jail term.

Here are the live updates on 1984 anti-Sikh riots case verdict:

Dec 17, 2018 18:00 (IST)
Jagdish Kaur, whose family was a victim in the 1984 anti-Sikh riot, welcomed the verdict
"This verdict has brought some relief. No one should face the kind of injustice we have faced all these years," Jagdish Kaur said as she claimed that they faced threats and oppression in their long battle for justice 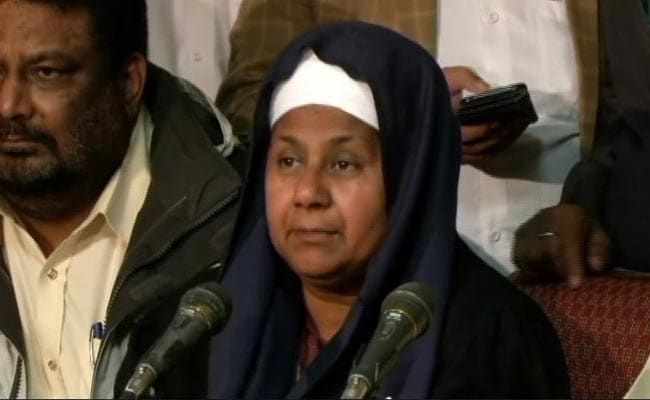 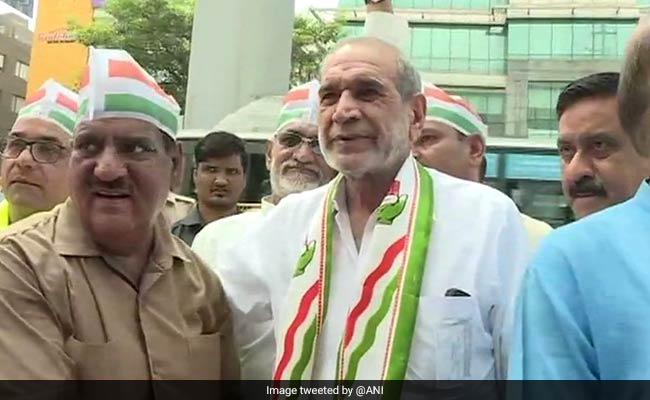 October 31, 1984: The then PM Indira Gandhi shot dead by her two Sikh bodyguards at her residence.

December 2002: Sessions court acquits Congress leader Sajjan Kumar in one of the cases.

May 24: Trial court frames charges of murder, dacoity, mischief to cause damage to property, promoting enmity between different communities, criminal conspiracy and other sections of the IPC against six accused.

May 9: Court awards life term to Khokhar, Bhagmal and Lal, and 3-year jail term to Yadav and Kishan Khokhar.

July 19: CBI files appeal in HC against acquittal of Kumar.

December 17: HC convicts and sentences Kumar to remainder of his life. It also upheld life term of Khokhar, Bhagmal and Lal. Sentence of Yadav and Kishan Khokar enhanced to 10 years in jail.

Dec 17, 2018 16:31 (IST)
Delhi Sikh Gurdwara Management Committee Calls Verdict "Moral Defeat" For Congress
"We demand capital punishment for Kumar and the other accused. The Congress government protected Kumar. I thank CBI officers who braved allurements of bribe and threats and kept on bringing accused to the book. I also thank kins of victims who fought against all odds and continued their struggle for justice," DSGMC president Manjit Singh said
"Rahul (Gandhi) made Kamal Nath chief minister. Kapil Sibal's son fought Kumar's case and still the Congress denies its role in anti-Sikh riots. Rahul and Sonia (Gandhi) should reply why the accused Kumar was saved for 34 years," Manjit Singh said
Dec 17, 2018 14:23 (IST) 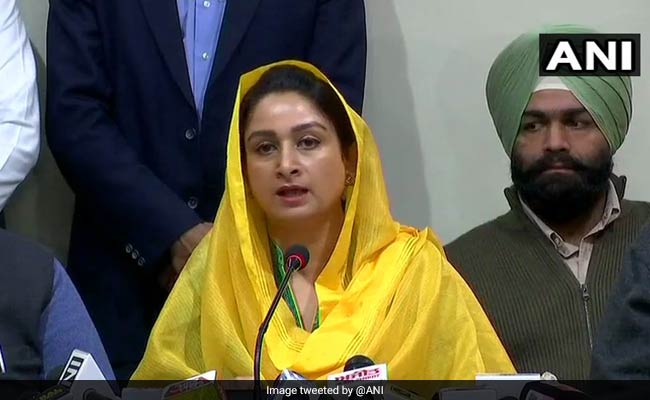 Today, I am grateful to the court. All lawyers fighting against Sajjan Kumar are very talented. Justice has been served. Captain Amarinder Singh, Rahul Gandhi have lot to answer

Dec 17, 2018 12:51 (IST)
Congress leader Sunil Jakhar on Sajjan Kumar: "No one is above law. Those involved in this crime should be given strictest punishment. Law has taken its own course. It'll strengthen people's trust in law. Any person who has been convicted in such cases should quit their political life"
Dec 17, 2018 12:49 (IST)

"Truth Will Prevail": Sajjan Kumar Gets Life Term In 1984 Riots Case
Congress leader Sajjan Kumar has been found guilty and has been sentenced to life in jail for his role in the 1984 anti-Sikh riots by the Delhi High Court, which cancelled an earlier court order acquitting him
Dec 17, 2018 12:30 (IST)
Congress leader Kapil Sibal defends party says, "We denied him a ticket, he holds no office"
Dec 17, 2018 12:27 (IST)
Arun Jaitley's Veiled Dig At Congress, Madhya Pradesh Chief Minister-Designate Kamal Nath
"The irony is that this verdict comes on day when another leader who Sikh community believes is guilty, is being sworn-in as Chief Minster by the Congress"
Dec 17, 2018 12:02 (IST)
Sajjan Kumar A Symbol Of 1984 Anti-Sikh Riots: Says Arun Jaitley
"Judgement of Delhi High Court is an extremely welcome development. For many of us who are witnesses, it was perhaps the worst kind of genocide that we ever saw. Congress govts in that period repeatedly indulged in coverup exercises. 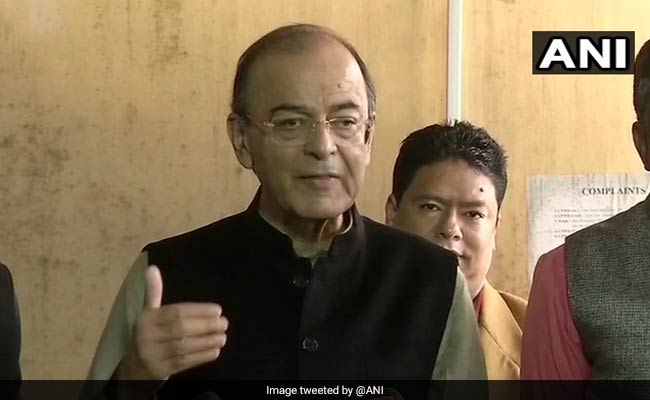 Dec 17, 2018 11:54 (IST)
BJP General Secretary Ram Madhav Thanks Home Ministry For Reopening "Cases Deliberately Suppressed" By Governments In The Past

Finally the wheels of justice are moving. Sajjan Kumar gets life sentence in the 1984 state sponsored Sikh genocide.

Prime Minister Modi's govt facilitated the re-investigation and formed a SIT to investigate the 1984 genocide. Judiciary looked at all the cases afresh. #Respect


"I welcome Delhi High Court verdict convicting Sajjan Kumar in 1984 riots case. It has been a very long n painful wait for innocent victims who were murdered by those in power. Nobody involved in any riot should be allowed to escape no matter how powerful the
individual maybe"