Congress leader Sajjan Kumar sentenced to life in a 1984 anti-Sikh riots case by Delhi High Court. He must surrender before December 31

Congress leader Sajjan Kumar was found guilty in the 1984 anti-Sikh riots today and sentenced to jail "for the remainder of his natural life" by the Delhi High Court, which cancelled an earlier court order acquitting him of charges in what the judges called "genocide".

Sajjan Kumar, 73, was convicted in the killing of five members of a family in Raj Nagar and the torching of a gurdwara in Delhi on November 1, 1984. He has been told to surrender by December 31.

"It is important to assure the victims that despite the challenges truth will prevail," the High Court said, giving a shout-out to victims like Jagdish Kaur and Nirpreet Kaur, who fought for justice for 34 years and suffered intimidation and harassment. "The aftershock of those atrocities is still being felt," said the court.

"In the summer of 1947, during partition, this country witnessed horrific mass crimes where several lakhs of civilians, including Sikhs, Muslims and Hindus were massacred," said Justices S Muralidhar and Vinod Goel. "Thirty-seven years later, the country was again witness to another enormous human tragedy... For four days between November 1 to November 4 of that year, all over Delhi, 2,733 Sikhs were brutally murdered. Their houses were destroyed. In the rest of the country too, thousands of Sikhs were killed," the court said in a 203-page order. 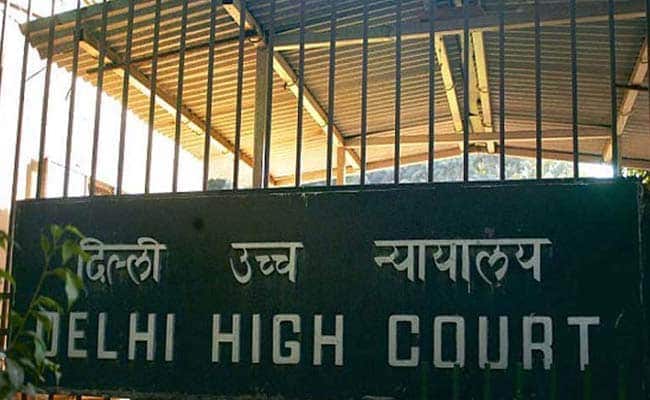 1984 anti-Sikh riots case: "The aftershock of those atrocities is still being felt," the Delhi High Court said

Jagdish Kaur watched her teen son being attacked and burnt alive. Nirpreet Kaur's father was dragged out and set on fire. Both wept as the verdict was announced.

While many witnesses and survivors gave accounts of Congress leaders inciting and leading mobs on the streets of Delhi, Sajjan Kumar, a former MP, is the first top leader of the party to be convicted. The order coincided with a big day for the Congress as it took charge in three big states after its election victories last week. But the oath ceremonies were clouded by the 1984 verdict.

"Criminals have enjoyed political patronage," the court noted, also saying there was "abject police failure" and the police failed to act against the inability of the victims to file complaints. It said the trial court had erred in acquitting Sajjan Kumar as he had instigated the mob.

A former Congress councillor, Balwan Khokhar, retired naval officer Captain Bhagmal and three others were held guilty in the Raj Nagar case but the trial court had acquitted Sajjan Kumar in 2013.

The CBI challenged Sajjan Kumar's acquittal alleging that the mobs engaged in "a planned communal riot" and "religious cleansing".

"This was the worst kind of genocide. Thousands of innocents were burnt and killed by mobs led by Congress leaders. Instead of ensuring justice, the Congress government indulged in a cover-up," said Finance Minister Arun Jaitley.

Senior Congress leader and former union minister Kapil Sibal said Sajjan Kumar had not been allowed to contest elections and held no office. Mr Sibal also hit back at the ruling BJP. "What about the PM (Narendra Modi), who encouraged (riot accused) Maya Kodnani, who was jailed in the 2002 Gujarat riots (she was acquitted in April)," Mr Sibal said.