18th IIFA Awards 2017: Why Dangal Was Ignored In The Nominations

When the nominations for the 18th edition of the International Indian Film Academy or IIFA Awards were announced in May, the Internet swiftly fixated on the gaping Dangal-shaped hole 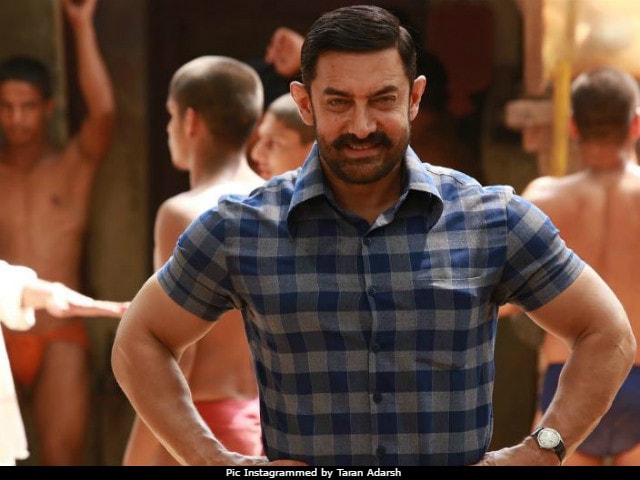 New Delhi: Aamir Khan's well-known disdain for award shows appears to have kept Dangal out of the IIFA list. When the nominations for the 18th edition of the International Indian Film Academy or IIFA Awards were announced in May, the Internet swiftly fixated on the gaping Dangal-shaped hole. Dangal, easily the best reviewed film of last year, and it's star Aamir Khan, who delivered a performance widely considered his finest, were absent from the nominees and at the award show held in New York last weekend, Neerja was crowned Best Film. Congratulations, Neerja, but Dangal could well have been the winner - if it had submitted itself for consideration.

In a statement, the organisers of the IIFA Awards have clarified that Dangal did not register itself when the voting procedure for nominations began in April. "So basically, in IIFA, forms are sent to various production houses. They fill those forms up and send it back to us. Those forms are then put out to the industry for voting and from there it becomes a nomination. So, Dangal has not sent their entry in. We would love Dangal to be a part of it. I think it's a movie that's broken all records. We love Aamir Khan and the two little girls. They did a great job. But unfortunately, they didn't send their entry in. We feel sad," reads the statement from Andre Timmins, director of Wizcraft International which handles the IIFA weekend and the award ceremony.

No mention was made of Akshay Kumar's films Airlift and Rustom, which were also ignored in the IIFA nominations and for which the 49-year-old star won this year's National Award for Best Actor. The exclusion of Dangal from a list that featured several major films from last year, from Neerja and Pink to Ae Dil Hai Mushkil and Salman Khan's Sultan provoked widespread criticism online. Tweets described the IIFA Awards as 'fake' and a 'waste of time.' At the time, IIFA maintained a stony silence.

The statement from Wizcraft International comes just days after Censor Board chief Pahlaj Nihalani dismissed to the IIFA awards as "international farce." In an interview with Hindustan Times, he said: "Look at the hypocrisy. They haven't even nominated Aamir Khan for Dangal and Akshay Kumar for Airlift and Rustom just because they wouldn't attend their weekend holiday plans masquerading as an awards function."

Aamir Khan's aversion to award ceremonies - which doesn't extend to the Oscars but hey, it's the Oscars - meant that he didn't show up to collect his Filmfare Award for Best Actor this year. The 52-year-old superstar features as Haryanvi wrestler Mahavir Singh in Dangal, which has risen to stratospheric heights after winning first India and then China, where it is still running. Dangal, the most profitable Indian film ever, has also been placed fifth on the list of highest-earning non-Hollywood films in the world by Forbes.