The girl has been referred to AIIMS, Delhi by the medical board at Rajendra Imstitute of Medical Sciences where she is currently under treatment. 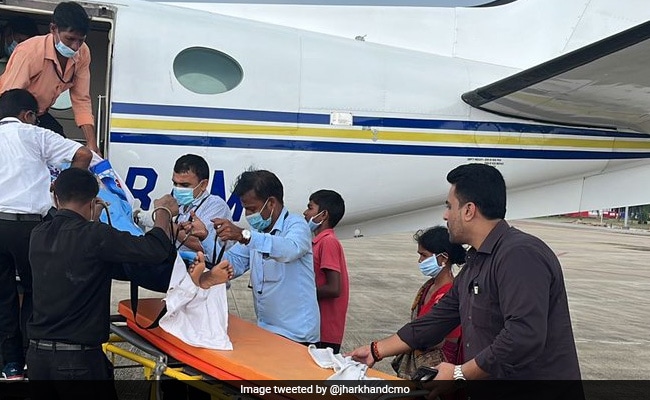 The girl had suffered the acid attack on August 5.

A 17-year-old acid attack survivor from Jharkhand's Chatra district was airlifted to Delhi on Wednesday for better medical treatment.

The girl has been referred to AIIMS, Delhi by the medical board at Rajendra Institute of Medical Sciences where she is currently under treatment.

Chief Minister Hemant Soren has taken the decision on airlifting the girl on Wednesday based on the report given by the medical board that was constituted under the leadership of the RIMS superintendent, a statement from the chief minister's secretariat said.

Mr Soren has also directed officials to extend all support to the victim and her family, the statement said "Necessary arrangements in this regard are being undertaken by Deputy Commissioner of Ranchi to shift the girl to Delhi at the earliest," it said.

The girl had suffered the acid attack on August 5.

The accused was arrested the same day and legal procedures are on, deputy commissioner of Chatra, Abu Imran said.

Rs one lakh financial assistance has been provided to the survivor's family, he added.