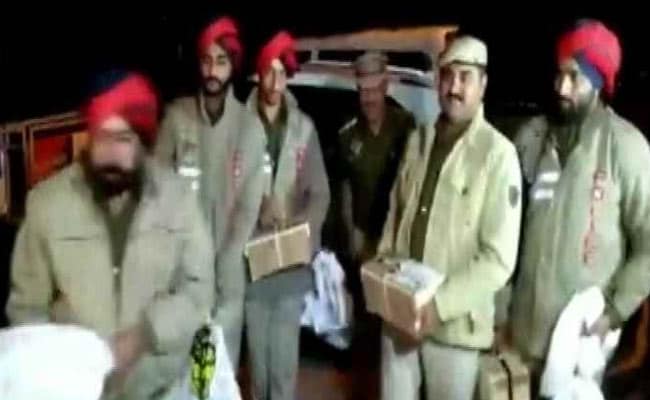 The car was stopped at the airport at a special check post set up by the police.

Chandigarh: 160 kilogram of raw gold was seized by the Punjab Police from a car in Mohali on Tuesday. The gold, it is estimated, is worth around Rs 21 crore.

Three people were detained and are being questioned after they couldn't give satisfactory answers to where the gold came from, police said.

The car was stopped at the airport at a special check post set up by the police.

Police and other law enforcement agencies are conducting checks to curb the movement of illegal cash, liquor and drugs during election time.

Police sources said that the car was owned by a company based in Himachal Pradesh. The gold was sourced from Delhi to be shipped to Hamirpur in Uttar Pradesh.

Both Punjab and Uttar Pradesh, along with Uttarakhand, Manipur and Goa, will go to polls next month. Punjab will vote on February 4 and counting of votes in all five states will take place on March 11.

Promoted
Listen to the latest songs, only on JioSaavn.com
In Punjab, the Congress - led by Captain Amarinder Singh - is hoping to wrest power from the Shiromani Akali Dal-BJP combine, led by chief minister Parkash Singh Badal. The Congress has also roped in former BJP leader Navjot Singh Sidhu, who is expected to be its star campaigner in as many as 70 election rallies planned before the election.

Meanwhile, Delhi Chief Minister Arvind Kejriwal, whose Aam Aadmi Party is also contesting the Punjab elections, says the people of Punjab will "uproot the corrupt" the Akali Dal and the Congress from the state.