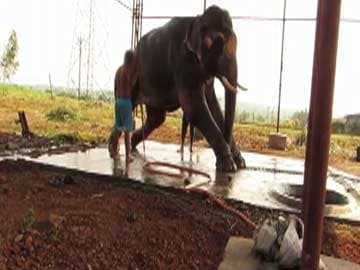 New Delhi: An animal rights group says a 14-year-old elephant in India is still being abused despite a 2012 appeal by former Beatle Paul McCartney.

The Indian government had ordered the elephant, named Sunder, returned to the wild after McCartney highlighted its plight during a 2012 trip to India.

Promoted
Listen to the latest songs, only on JioSaavn.com
People for the Ethical Treatment of Animals (PETA) says a local politician instead took Sunder home and shackled him outside a poultry shed. The group released a video that it said showed Sunder in December, writhing in pain and struggling to stand as a handler struck him with a pole.