14 girls raped by hostel warden in Arunachal school, girls scaled walls to go to the police 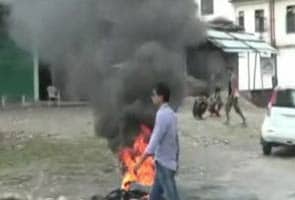 Protests outside the hostel.

Itanagar: A town in Arunachal Pradesh is tense after a hostel warden of a private school was arrested for allegedly raping 14 minor girls, some as young as four, for years.

The girls, aged four to 13 years, were allegedly raped over the past three years at the school in Likabali, West Siang. Some of the girls reportedly scaled the walls of the school on Tuesday to go to the police, after the principal refused to act on their complaint.

The hostel warden, Vipin Wisvan, was arrested for sexual abuse and molestation on a complaint by 13 girls. He is also a teacher in the school, which has 400 students studying up to Class 7.

Promoted
Listen to the latest songs, only on JioSaavn.com
The shocking revelation triggered massive protests on the streets of Likabali. Residents and students on Wednesday surrounded the local lawmaker and district Superintendent of Police demanding immediate action against the school.

The police have also detained the school principal and two other staff members for questioning. The police said the warden as well as school authorities had threatened the girls to stop them from reporting the crime to their parents.