The PM said, in today's pressing, hard times, the entire nation is with Kerala. Our sympathies are with families who lost their loved ones. 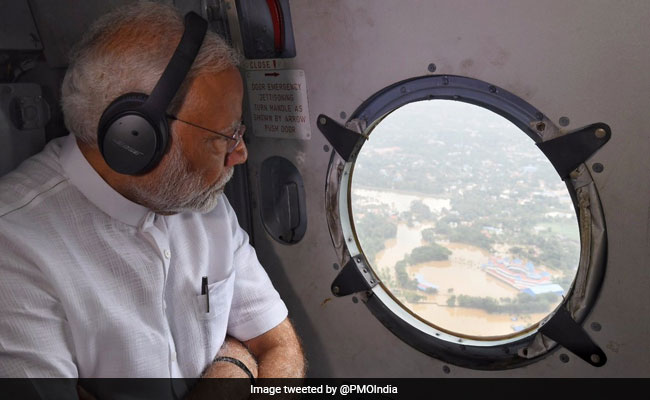 Prime Minister Narendra Modi today expressed solidarity with Kerala and said that people from all walks of life across the country have come in support of those whose lives were devastated in the massive floods.

"In today's pressing, hard times, the entire nation is with Kerala. Our sympathies are with those families who lost their loved ones. Loss of lives cannot be compensated, but I assure the grief-stricken families that in this moment of suffering and misery, 125 crore Indians stand by them," PM Modi said in his monthly "Mann Ki Baat" programme.

"I earnestly pray for those injured in this natural disaster to get well soon. I firmly believe that the sheer grit and courage of the people of the state will see Kerala rise again," he added.

PM Modi said that while the monsoon, on one hand, brings a new ray of hope to farmers and provides relief to plants and parched water bodies, on the other hand excessive rainfall causes devastating floods.

"Disasters, unfortunately leave behind a trail of destruction. But one gets to witness facets of humanity, humaneness during disasters," PM Modi said.

"From Kutch to Kamrup, from Kashmir to Kanyakumari, everyone is endeavouring to contribute in some way or the other so that wherever a disaster strikes, be it Kerala or any other part of India, human life returns to normalcy. Irrespective of age group or area of work, people are contributing," he said.

PM Modi also commended the armed forces for their efforts in rescuing those trapped in floods in the state. "I would like to specially mention the arduous endeavours of the National Disaster Response Force daredevils. At this moment of hardship and agony, their service stands out as a shining example," he said.