Group Of Terrorists Sneak Into Kashmir, Delhi On High Alert

Srinagar: A group of terrorists have entered Jammu and Kashmir and could be planning large-scale attacks in valley and may also sneak into Delhi to carry out an attack. An alert circulated by security agencies has asked the counter-intelligence grid in valley to be on alert and have also put Delhi and the National Capital Region or NCR on alert.

Inputs suggest that terrorists have infiltrated from the Line of Control's Pir Panjal mountains to India. "Infiltrators have divided themselves into sub-groups and are believed to be heavily armed and well-trained," a senior officer from Jammu Kashmir police told NDTV.

According to him, for the next two-three days, the entire state has been put on alert. "This weekend is crucial, that's why we have put all on alert," he added.

According to intelligence inputs, Jaish-e-Mohammed terrorists could be planning large-scale strikes on Saturday -- the 17th day of Ramzan and the anniversary of the Battle of Badr (the first battle of Islam, which took place in March 624 AD).

Security forces have been asked to remain on high alert and maintain vigil around sensitive installations across the state and in Delhi, a senior home ministry officer told NDTV.

This morning, terrorists attacked a vehicle in which security forces were travelling in south Kashmir's Pulwama. The forces recovered three bags believed to be stuffed with improvised explosive devices or IEDs. 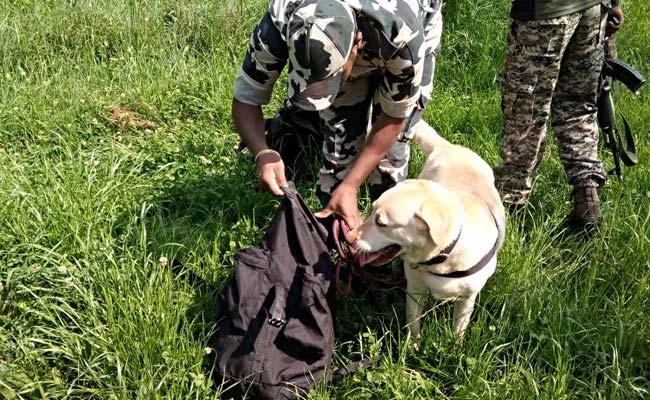 Last year too, the terrorists carried out a series of attacks in Kashmir on the Badr anniversary. All the attacks then were claimed by the terror group JeM.

The centre's initiative of ceasefire in Jammu and Kashmir for a 30-day period of Ramzan seems to have no takers on the ground. Earlier this week, three soldiers were injured after terrorists triggered an IED, targeting an army mine-proof vehicle in Jammu and Kashmir's Shopian district.

A soldier was killed on Sunday after terrorists attacked an army camp at Kakpora in Jammu and Kashmir's Pulwama district. In the cross-firing, a civilian was also killed. This was the first major attack on the army in Kashmir after the government announced unilateral ceasefire during the Muslim holy month of Ramzan.

Security forces claim that despite Ramzan, they have not let down their guard. "We have killed 13-14 hardcore terrorists since suspension of operations, so our operations have not stopped," an officer said.
Comments
Jammu and Kashmir