Madhya Pradesh police has identified the suspects. Efforts are being made to arrest them and track the local distillery to stop further supply in surrounding villages. This is the second major hooch tragedy to have been reported from the state in three months. 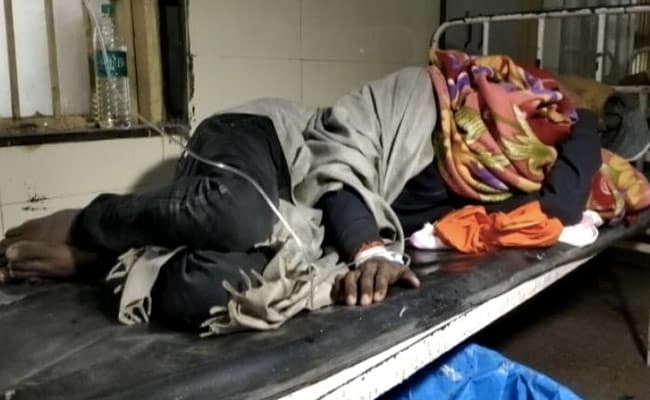 At least 12 people, including three of a family, have died and at least eight to ten more hospitalised in Madhya Pradesh's Morena and Gwalior districts after allegedly consuming spurious liquor.

The second major hooch tragedy to have been reported from Madhya Pradesh in the last three months, it has prompted the suspension of the local police officer in charge.

"The station house officer has been suspended. Senior officials have reached the site. A team will investigate the matter; accused won't be spared," state home minister Narottam Mishra said.

"Eleven people from Morena's Manpur Prithwi and Pahawali villages have died so far. We are waiting for the autopsy report to ascertain the actual cause of deaths," Manoj Sharma, Inspector General of the Chambal Range said.

The police have also identified four suspects involved in the sale of this liquor, which was supplied in the two villages that are 25 kilometres apart.

"We're trying to prevent further distribution and sale of the same liquor by tracking and arresting the suspects as early as possible," he said.

A few people had reportedly fallen ill after consuming countrymade liquor in Manpur Prithwi two days ago. But, this number started rising on Monday evening when more people from the village and its neighbouring Pahawali started showing symptoms typically associated with alcohol poisoning.

The sick were rushed to the Morena district hospital from where some where referred to a bigger hospital in Gwalior after their condition deteriorated further.

In October last year, more than 11 men, mostly daily wage earners and beggars, had died after consuming spurious alcohol in Ujjain. Among those arrested were two police constables, one of whom died recently at the Ujjain Central Jail after suffering a heart attack.

In May, four people died and two others fell ill after allegedly consuming spurious liquor at a village in Ratlam.

During last year's nationwide coronavirus lockdown, when liquor shops were shut, NDTV had also reported how some people in capital Bhopal had consumed hand sanitizer due to the significant percentage of alcohol in them.